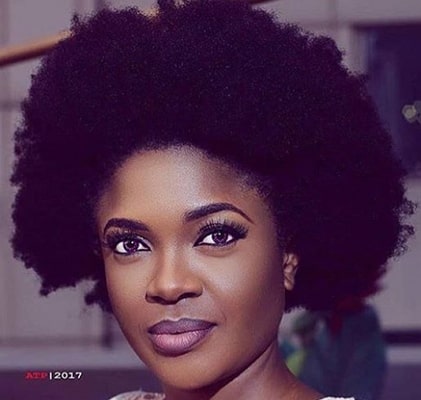 She is an actress, scriptwriter, film director, producer and a trained digital filmmaker who was born on the April, 22, 1978 in Benin City, Edo State.

The mother of three hails from Mosogar in Delta State. She studied Foreign Languages (majoring in French) at the University of Benin, and graduated with second Class Upper division.

Omoni Oboli later went to study at the New York Film Academy, and has written several screenplays such as: ‘Fatal Imagination’, ‘Being Mrs. Elliott’, ‘The First Lady’, and ‘Wives on Strike’.

She got married to Nnamdi Oboli on the 28th of October 2000 and has three kids for him. Omoni Oboli launched her fashion line ‘Omoni Oboli by Ave’ on June 4th 2018.

When it comes to fashion, Omoni Oboli sure knows how to slay. She has a young and ageless 40 years old body which makes her our ‘Nigerian Jennifer Lopez’.

She is also a natural enthusiast that not only loves her hair, but loves playing with different pretty styles. She is mostly seen in hot gowns exposing either her beautiful long legs or a little cleavage.

She is a beautiful woman that not only steals the spotlights on red carpet, but makes us keep drooling over her stunning looks and body.