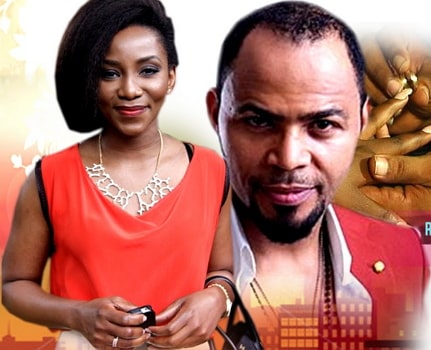 Most Watched Nollywood Movies Of 2018: Highest Rated Nigerian Movies That Top The Office This Year

Top Nollywood filmmakers made a lot of money through the cinema this year as Nigerians embraced the cinema experience across the breath and length of the country.

Favour Nwanze and Victoria Nonike reveal few of the successful box office movies that made waves this year.

Kemi Adetiba has shown her remarkable talent from the record-breaking ‘The Wedding Party.’ Her sophomore movie, ‘King of Boys’ has movie watchers on edge already. The movie brings Adesua Etomi and Sola Sobawale together once again with others like Paul Sambo, Osas Ajibade, Toni Tones, Sani Muazu, Demola Adedoyin, Akin Lewis and Omoni Oboli joining them. Following the success of the web series ‘The King Women,’ Adetiba saw the potential and made the move to make a movie project out of it. By the look of it, the risk was one worth taking. Released on 28th of October 2018, it is also the debut movie for rappers Illbliss and Reminisce. ‘King of Boys’ follows the story of a businesswoman and philanthropist loved by all but she is haunted by a tainted past and a promising political future.

One of Toyin Abraham’s latest projects, it is the story of a young lady who grew up in a Ghetto and met with a ghost after an unfortunate incident that happened to her. Soon her life is thrown into series of dramas that only her can see and understand. The film featured top actors like Toyin Abraham herself, Chioma Omeruah aka Chigul, Chioma Chukwuka-Apotha, Ronke Ojo, Femi Adebayo, Rachael Okonkwo among others. The movie was so well received that it made 30 million Naira within one week.

The story plot is one that tells a distinct grass to grace story in a compelling manner. The movie is about the story of a young girl, who goes from being a shop girl to a billionaire, after her father leaves her his empire to run. Though the trailer does not really tell you if the film will be interesting, it is a great one that has been recommended to watch over and over again. The focus of ‘New Money’ is not on how the heroine adapts to her new life. Neither is it about the challenges that come with running a billion-dollar company, which seems like an interesting narrative to explore; it is much more about that time in your life when so much is undecided, and there’s difficulty having the guts to make a move. The film stars Jemima Osunde, Kate Henshaw-Nuttal, Dakore Akande, Wale Ojo, Blossom Chukwujeku, Kalu Ikeagwu, Osas Ighodaro, Folarin Falana and so on.

The movie is about the young and beautiful Giwa sisters caught in the centre of a financial scandal with their late parents’ media empire. They are forced out of their privileged bubble, and must learn to build their own future and salvage their family’s past. The film is a wonderful blend of music and acting, which impressed everyone. Released on the 20th of July, 2018, the movie starred Sheyi Shey, Somkele Iyamah Idhalama, Chioma Apotha, Sharon Ooja, Uche Jumbo, Bimbo Manuel, Saheed Balogun and so on.

Handsome actor, Odunlade Adekoya has joined the list of actors who also double as directors with his new movie, ‘The vendor’. The movie which also casted top actors like Adunni Ade, Jide Kosoko, Eniola Ajao, Ireti Osayemi, Kayode Olaseinde, Tunde Bernard, and Mr Latin among others was released on the 7th of September, 2018. The film follows the story of Gbadebo, a vendor who looks at low positions with disdain and has high hopes of making something out of his life. He has a humorous personality which endears him to his customers. He goes through different ups and downs in life until he is led to cross path with an attractive benefactor and finally hits a jackpot when he meets his wealthy biological father. The discovery turns his life around. ‘The Vendor’ is a must watch for people who believe that laughter is the best medicine.

The movie is all about a family reunion that exposes secrets and truths untold, because no family is perfect. This film which stars Sharon Ooja, Dami Adegbite, Shaffy Bello, Bimbo Manuel and so on follows the story of two couples; one of them being the perfect love story, while the other seems to be a forbidden love. It also explores parental pressure on relationships, showing the ugly truths about a family’s impact on the choices of young people. The movie hit the cinemas on the 31st of August, 2018.

The Royal Hibiscus Hotel: This romantic comedy was opened to the cinemas on the 9th of February, 2018. Prominent Nollywood actors that featured in the movie include: Zainab Balogun, Kenneth Okolie, Deyemi Okalawon, Kemi ‘Lala’ Akindoju, and O.C. Ukeje. Others include: Rachel Oniga, Jide Kosoko, Olu Jacobs and Joke Silva. The film was directed by Ishaya Bako who also directed the Africa Magic Viewer’s Choice Award winning film, ‘Road to yesterday’. Popular among lovers due to its heralding Valentine’s Day, the movie involves an aspiring restaurateur who returns to her home in Lagos to try and refine the fare at her family’s little hotel, only to find that her parents are planning on selling out to a rich and devilishly attractive buyer whom she falls in love with.

This movie showcases Ayo Makun’s uncanny ability to brand and market his movies. You cannot deny this. It has been one of the strengths of his successful career. It is one of the few movies that have excellently combined comedic punch lines and humorous scenes to leave you reeling this year. Released on the 28th of September, 2018, ‘Merry men’ had numerous top actors in its cast. They include: Ramsey Nouah, Richard Mofe Damijo, Jim Iyke, AY, Folarin Falana aka Falz, Lilian Esoro, Damilola Adgbite, Ireti Doyle, Jide Kosoko, Ireti Doyle, Osas Ighodaro Ajibade and so on. The movie follows the randy lives of four Abuja big boys, who are considered the city’s most eligible bachelors. They have thriving businesses, palatial homes, fast expensive cars and the attention of women in no short supply. They are known as the ‘Merry Men’, although ladies prefer calling them ‘Yoruba Demons’.

Released on the 17th of August, 2018, ‘Moms at war’ is a comedy movie starring Omoni Oboli who is also the director and Funke Akindele. They are two competitive mothers living in the same neighbourhood who are constantly fighting to ensure that their children come out on top. Both their kids coincidentally attend the same school, and there was a competition organized which only one person could win. In a bid to ensure that each person’s child wins the competition, the mothers resort to various antics. The movie deserves thumbs up, as everyone involved put in their best to its success. It also stars Michelle Dede, Yul Edochie, Abayomi Alvin and Adebukola Oladipupo.