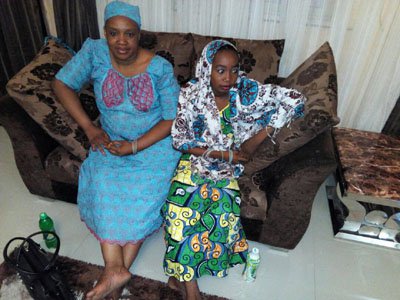 May 9, 2017 – Tears As Widow & 3 Children Who Relocated To Ikorodu Lagos From Kano Last Month Killed By Generator Fume

A woman and her three children have been found dead in their 4, Adeigbe Street, Igbogbo, Ikorodu, Lagos home.

Aishat Mohammed Idris, 50, Gaddafi, 22, Usalaman, 16 and Yusuf, 8, from Kura local government area of Kano State, were allegedly killed in their sleep by generator fume on Saturday.

It was gathered that the widow’s cousin, who visited the family, found their bodies when he peeped through the window.

According to a family source, the family came to Lagos last month and was still settling in.
A source said:

“They just came to Lagos last month. Their father died a few years ago. So, the woman’s mother, who lives abroad, sent money to her nephew in Lagos to rent a house and bring them down.

“The nephew got the house in Ikorodu, went to Kano and brought Aishat and her three children. They usually exchanged visits. Sometimes they go to his house on Lagos Island, other times he visits them at Igbogbo.

“So, that Saturday was his turn to visit and he got there in the morning with a teacher for the youngest child. After knocking so many times without response, he started calling the woman’s phone. It was ringing inside the house but no one was picking.

“He then went through the back and opened one of the windows. It was when he peeped through that he saw all of them, lying lifeless. He screamed and people started coming out.

“At first, he wanted to break the door but we told him to go to the police and make a report. So, policemen followed him to the house and they broke the door.

“Everyone entered inside to see things for themselves. People were crying. There were white substances on their nostrils like foam. Policemen took the photographs of the bodies and the house before they took them away.”

Contacted, the relation, said when people entered the three-bedroom apartment, they found that the family turned on its generator and left it inside one of the rooms.

When I got there, I didn’t hear generator sound. But when police opened the door, they checked the generator and the fuel in it has finished. It seems the generator went off by itself. But the whole place was smelling of generator fume.
“I have called my aunt and she said an autopsy should be conducted on the bodies. The police took them to Ikorodu General Hospital mortuary.”