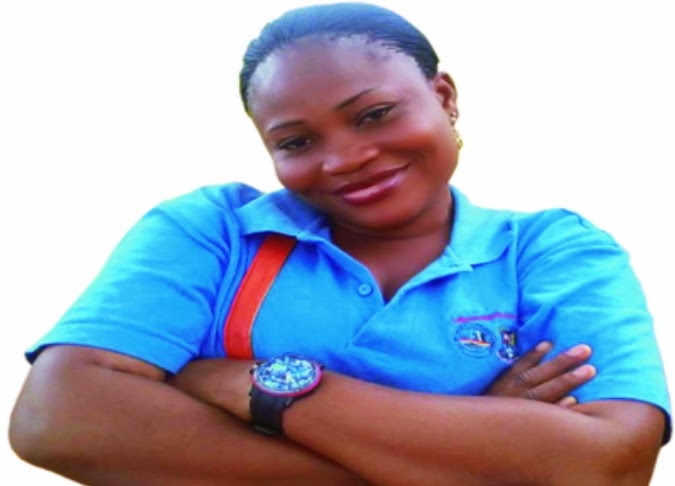 2 months after her traditional wedding, Folasade Ogunbiyi’s hope of savouring enduring marital bliss and safe motherhood assumed a fatal twist on March 16, 2014 when she died shortly after a controversial childbirth at the Orile Agege General Hospital (OAGH), Lagos State.

It all began on March 14, when the late 26-year-old Folasade , according to her elder sister, Esther Babalola, complained of abdominal pain and was rushed to the hospital for proper treatment. Upon medical examination, doctors allegedly said that she was carrying a dead baby in her womb and that there was need for a Caesarian Section to remove the baby. She was, however, said to have been abandoned by doctors for over 24 hours before she was attended to.

“Her husband had travelled out of town on March 14 when she complained of abdominal pain. I noticed that she was probably due for delivery and we decided to take her to a private hospital in the neighbourhood. But doctors at the hospital said she would need to undergo Caesarian operation to be delivered of the baby.

“It was at this juncture that we decided to rush her to Orile Agege General Hospital where she registered for ante-natal. Doctors at the hospital, however, told us that she was carrying a dead baby in her womb, adding that there was need for Caesarian Section to remove the dead baby.”

Painting the circumstances leading to the death of Folasade and her son, Babalola said: “On March 15, we were asked to get some drugs and while I had gone to fetch the drugs, she was safely delivered of a baby boy through Caesarian Section. The doctors did not even know that the baby was alive until one of the nurses noticed that he was breathing at a corner where he was abandoned for hours. The baby developed complications a few hours later and was taken to the Lagos State University Teaching Hospital (LASUTH), Ikeja where doctors confirmed him dead as a result of long exposure to cold.

“They asked us to pay for several tests run on the baby when his health deteriorated. We were later referred to LASUTH where doctors told us that his case was badly managed at Orile Agege General Hospital following undue exposure to cold and that the exposure had led to his death shortly before we arrived at the hospital.”

Speaking further on events leading to the death of her only sibling, Babalola said: “My sister’s lips suddenly swelled up and turned yellowish and we called the attention of the doctors on duty to the development. The swollen lips later subsided after she was treated, but she died shortly after on March 16. A doctor at LASUTH, who did not want her name mentioned, told me that my sister must have reacted to a particular drug called ROCEPHINE that was administered on her. She said the drug was mostly used on patients who suffer from cancer, or people suffering from excessive pains.

“The doctor asked me if she complained of excruciating pain and I said no. She also said that even if she was going through pains, the drug should have been given to her in small doses. And I concurred because that same drug was among the list of drugs prescribed and administered on her at the hospital.

“We were asked to defray all the bills incurred before they could release her body to us for burial and we complied. We were shocked when the hospital insisted on carrying out a postmortem on her body which the family had earlier opposed. Although, we have since buried her but all we want on this matter is justice.

“Folasade was the only sister I had. She had a traditional marriage ceremony on December 26, 2013. She was a very hardworking person. Her death is a big loss to our family and that is why I have been mandated to express the position of the family on the complicity of doctors at the hospital which eventually led to the loss of Folasade.”