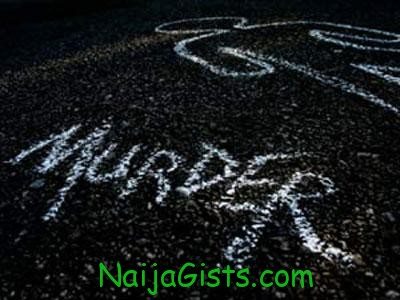 Ifeoma was said to have beheaded her child with a cutlass because she was sick and wasn’t eating well last week Thursday.

“She had been sick for weeks. I took her to hospital, the doctor treated her and discharged us but when we got home her illness persisted and she was not responding to treatment that was why I killed her,”she said.

According to witnesses, her neighbours, Gabriel’s two other kids returned from school to see their younger sister’s head separated from her body and their mother drinking her blood.

Contrary to witness accounts of the incident, Gabriel said that she never drank her dead daughter’s blood.

“I did not drink her blood as people were saying. It was the crowd that came to our house that asked me to eat and drink her blood but I did not. When I refused they started beating me and they dragged me to the police station,”she said.

Spokesperson of the Kaduna State Police Command, Aminu Lawan who confirmed the incident, said that investigations were ongoing to unravel the truth behind the baby’s death. (culled from daily times)

Continue Reading
You may also like...
Related Topics:6monthold, beheads, mother