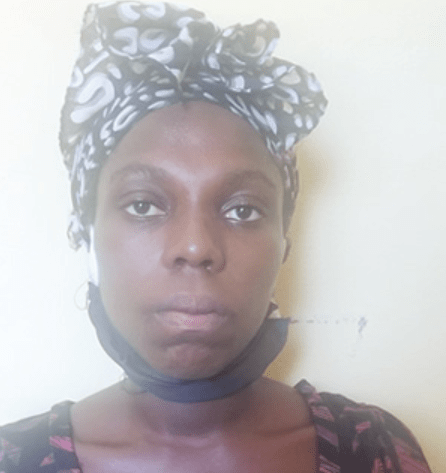 Oluwafunmilola Adisa, a young mother who drowned her daughter in a water bucket in Lagos recently has been sent for mental evaluation at the Lagos State University Teaching Hospital. 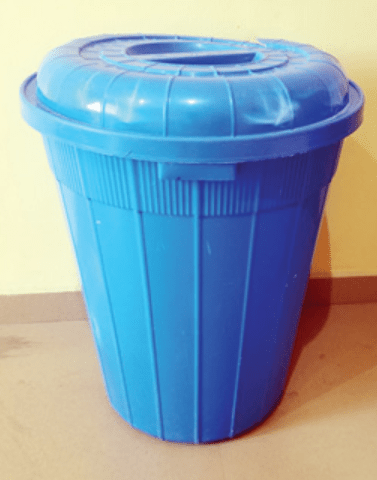 This followed an application filed by the Office of the Public Defender, which is representing Oluwafunmilola, that based on Section 217 (3) of the Administration of Criminal Justice Law of 2015, the defendant should be sent to hospital so that psychiatric tests could be conducted on her to determine her mental state.

According to reports, after  Oluwafunmilola perpetrated the crime at her place of residence on Plot 221 Gowon Estate in the Ipaja area of the state, she wrote a note to her sister, Damilola, detailing how she killed her daughter, and she went to the Gowon Police Station to report herself.

The 22-year-old, who blamed her daughter for the hardship she had been facing after she gave birth to her 21 months ago, had been in police custody since she reported the case.

However, Nigerians and non-governmental organisations, including the President, Nigeria Association of Psychiatrists, Taiwo Sheikh; and the Director, Prisoners’ Rights Advocacy Initiative, Ahmed Adetola-Kazeem, had called for Oluwafunmilola’s psychiatric evaluation as she might be suffering from postpartum depression.

During the court proceedings on Wednesday, the presiding magistrate, Dora Ojo, approved the OPD’s application and adjourned the case till June 26, 2020, for further hearing.

In a statement made available to our correspondent, the spokesperson for the OPD, Mamud Hassan, said the Director of the agency, Dr Babajide Martins, promised to do everything within the legal framework to defend Oluwafunmilola, adding that it was the responsibility of his office to provide free legal services for indigent and vulnerable persons in the state.

The statement read in part, “The Lagos State Magistrates’ Court, Igbosere, has sent 22-year-old mother, Oluwafunmilola Adisa, accused of killing her 21-month-old daughter, Oluwanifemi, by drowning her in a bucket of water, to the Lagos State University Teaching Hospital’s, Psychiatric Department for psychiatric evaluation.

“Delivering her ruling on Wednesday, the presiding magistrate, Dora Ojo, granted the application of the Lagos State Office of the Public Defender, which is representing the defendant, that based on Section 217 (3) of the Lagos State Administration of Criminal Justice Law of 2015, the defendant should be sent to the teaching hospital for the necessary psychiatric tests to determine her state of mental health.

“It will be recalled that the defendant, on May 11, 2020, was arrested after being alleged to have killed her 21-month-old daughter, Oluwanifemi, by drowning her in a bucket of water at their place of residence at the Gowon Estate, Alimosho Local Government Area of Lagos State.”

Martins said the OPD, in line with its statutory responsibility of providing free legal services for the indigent and vulnerable, was representing the defendant.

The statement added, “Martins said the OPD came to her rescue by providing free legal representation and ensuring that the suspect was moved from the State Criminal Investigation and Intelligence Department, Panti, to the Federal Psychiatric Hospital, Oshodi, as an outpatient pending her arraignment before the court for further judicial action.

“Martins further said the case had been adjourned till June 26, 2020, for the outcome of the psychiatric examination to be conducted on the defendant; he assured members of the public that the OPD would do everything within the legal framework to defend the defendant.

“He assured members of the public that the office was still operating within the directive of the state government during the lockdown to ensure that the rights of defenceless are well taken care of irrespective of their socio-economic backgrounds.”