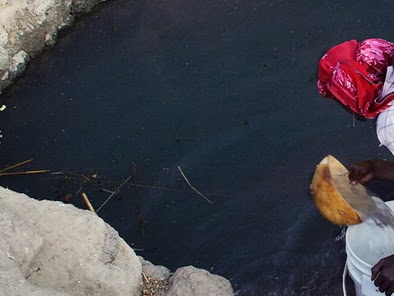 Feb 13, 2014 – Woman Drowns Her Baby In River After Self Delivery In Bayelsa State

There was tension and angry outburst in Kaiama, a remote area in Opokuma LGA of Bayelsa when a young lady identified as Erebe Amgba drowned her baby hours after self delivery.

Miss Amgba reportedly delivered the baby on her own by the river around 3 am on Saturday morning.

Few minutes after the delivery, she drowned the baby who was still attached to the umbilical cord.

A woman who came to the riverside to defecate saw what happened and raised the alarm.

Before delivery, the young woman was said to have tried all she could to conceal the pregnancy. Even though a number of her relations suspected that she was pregnant, nobody knew she was close to delivery as at the time of the incident.

She was said to be in the town staying with her grandfather when she gave birth to the child.