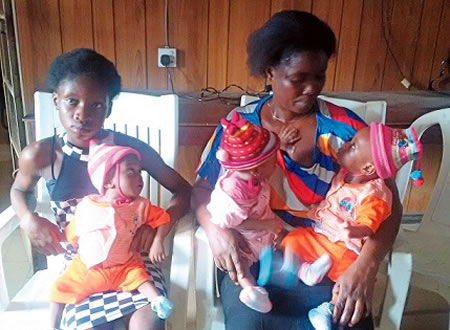 Isi Udekwe, a 35-year-old married woman has pleaded with her husband, Matthew Udekwe, who reportedly fled home in April 2016 after she was delivered of triplets, to return, saying the children needs his love.

It was gathered that Udekwe, who hails from Enugu State, abandoned his family home on Eke Street, off St. Saviour Road in Ikpoba-Okha Local Government Area of Edo State when he discovered that his wife had given birth to a second set of twins. 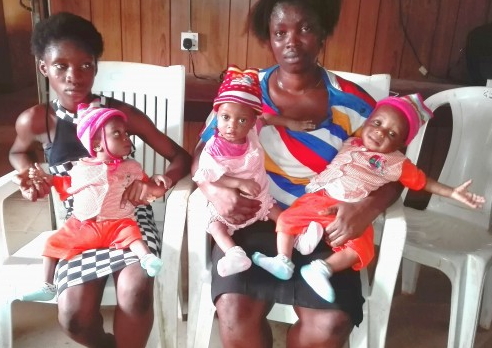 The mother of the triplets, who are now nine months old, told Southern City that her husband had earlier informed her that he would not be able to cater for the family if she had multiple births, a warning she said she took for a joke.

The 35-year-old Mrs. Udekwe said she was shocked when the father of the children failed to show up when she announced their birth.

She said the situation did not get better even after visiting her husband’s stepmother, who claimed the burden was too much for her to bear.

The fleeing husband could not be reached for comments as calls put across to his telephone number indicated that it was switched off.

“The day I gave birth to them, I called him and told him. He congratulated me. But since then, I have not seen him.”

The nursing mother, who was a food vendor, lamented that things had been difficult for her.

Ise explained that she had sometimes resorted to begging for alms in some markets to enable her to provide for her five children.

In a letter addressed to the Deputy Governor and dated February 7, 2017, she appealed for the assistance of the Edo State Government, adding that she would not like to give her children out for adoption or let them die of starvation.

Isi added, “Wherever he is, I want him to come back so that we can take care of the children together. I pray God to protect him because I know that if he had money, he would not have run away.”