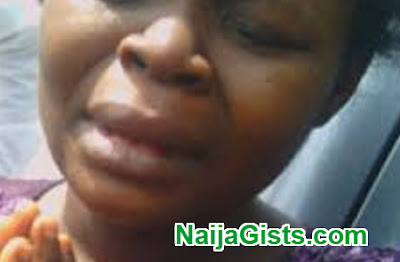 October 3rd, 2016 – Prostitute Sells Her 2-Year-old Daughter To Another Sex Worker For N50,000 In Badagry Lagos

A commercial sex worker identified as Grace Onome has been arrested for allegedly selling her only child, 2-year-old Zainab Onome to her colleague.

According to police investigation, the suspect reportedly sold her daughter to another sex worker in the Mobil area of Badagry on Saturday with the help of four accomplices.

The buyer simply identified as Endurance has fled Lagos with the child.

After her arrest, Grace Onome told police she has used the money to buy a few things for herself.

Police are currently on the trail of the fleeing buyer and the innocent child.