A chinese baby is lucky to be alive after a series of stabbing attack from his own mother.

Xiao Bao, an 8-month old baby in China has received over 100 stitches to put his battered face back to normal after his mother stabbed him in Xuzhou city in eastern China.

According to his mother’s confession, baby Xiao was stabbed 90 times after biting her breast during breastfeeding. 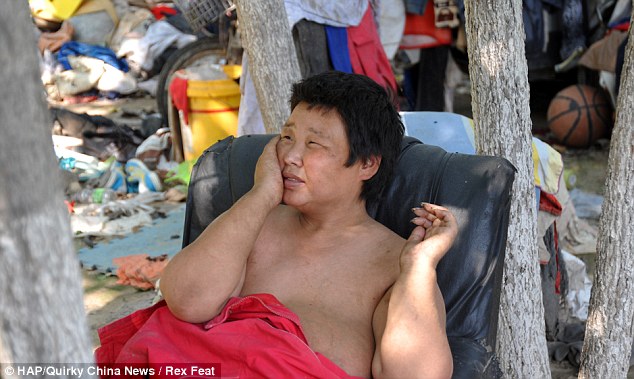 The mother and her baby live with an uncle who makes a living recycling garbage.

Xiao Bao’s uncle discovered him lying in a pool of blood in their home yard before rushing him to the hospital.

What a painful experience.

See another photo of Xiao Bao on hospital bed below