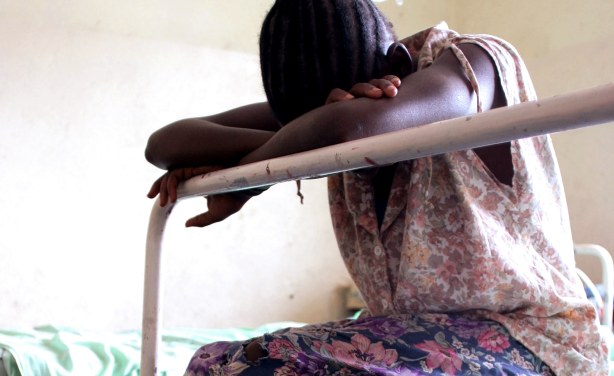 Feb 21, 2013 – Mother Who Buried Her Only Child Alive In Osogbo Osun State Nigeria Jailed For 6 Years

A Magistrate’s Court sitting in Osogbo, Osun state has sentenced a girl of 18 to six years imprisonment with hard labour for burying her only child alive.

In her verdict, presiding Magistrate, Mr Olusola Aluko, held that the convict, simply identified as Mrs Adeola Joseph does not deserve to be in the midst of human beings, as she looked untroubled for her criminal act. She said that “the convict is callous and may not change from her devilish act.”

Mrs Joseph was said to have buried her only child, Fatia Nafiu, alive in her residence located at Ijetu area of Osogbo.

According to the Police Prosecutor, Mr Solomon Oladele, the convict, Mrs Joseph, buried her child in the early hours of Monday, February 18, 2012 and the child was rescued after two days by a Good Samaritan, Prophetess Tunrayo Akinwande, who lives in the area.

He said the timely intervention of Prophetess Akinwande and other residents of the area, who exhumed Fatia from the grave and took her to the hospital, saved the two-year old innocent child who was still alive after two days in the grave.

Oladele maintained that the convict had, through her actions, committed an offence contrary to and punishable under Sections 320 (1) and 509 of the Criminal Code, Cap 34, vol 11, Laws of Osun State of Nigeria, 2003.

The convict, who was arraigned on a three-count charge of attempted murder, felony and breach of peace, pleaded the court for leniency.

The convict claimed that her parents were not favourably disposed to her marriage with the father of her child and had since been living alone without assistance from any individual, a development, which prompted her to terminate the life of the baby.

Also, the convict told the court that she decided to kill the baby due to her decision to relocate to Lagos in search of job and could not bear the responsibilities of nursing a child while trying to find her feet.