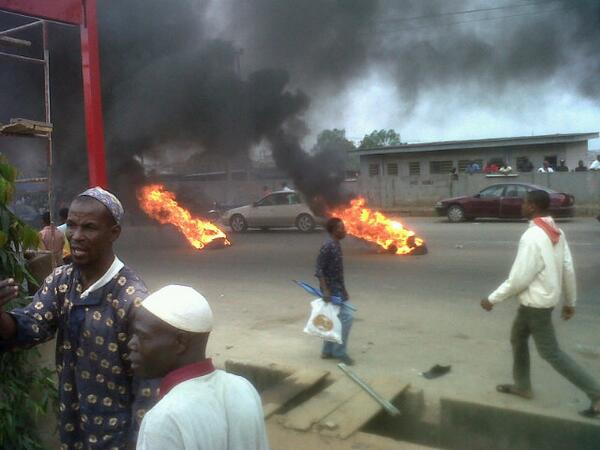 A commercial motorcycle operator was burnt to death in an accident on Saturday in Dutse Local Government Area of Jigawa, while three others sustained severe injuries.

Gidado said the accident occurred when the deceased, riding a motorcycle with registration number, QB 139 NNG and heading to Madobi town, lost control and rammed onto another motorcycle.

He explained that both riders were conveying passengers when the incident occurred, and that the deceased’s motorcycle burst into flames and burnt him to death.

According to the commandant, the matter was reported to men of the command operating in the area by some members of the community.

“We could not ascertain the identity of the four victims, however, an investigation has commenced in that regard.
“Our men conducted rescue operation and the corpse of the deceased had been deposited at the General Hospital, Dutse,” he said.

Gidado further stated that the three persons, who sustained injuries, were currently receiving treatment at the hospital and advised motorists and motorcycle operators, to avoid speeding, particularly during festive periods.