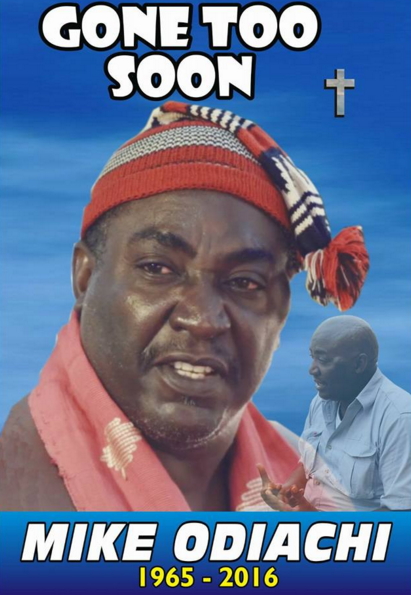 Just as the Nigerian movie industry was try­ing to recover from the passing on of two of its finest thespians, Peter Onwuzurike, aka, Dede One Day and Sikiru Adesina, aka Arakangudu , the cold hands of death has plucked yet an­other veteran actor, Mike Odiachi from Nige­ria’s make-belief family.

The shocking news of Odiachi’s sudden death filtered in the late hours of Monday, February 15, but many Nollywood practitioners and fans wrote it off as, ‘one of the usual wicked rumours flying around.’

However, The Entertainer confirmed Tuesday that Odiachi’s death was not a ruse after all; the thespian was reported to have died at a Lagos hos­pital on Monday night after a brief illness, thereby throwing Nollywood into fresh state mourning, anxiety and panic.

The Delta State-born actor would be remem­bered for his sterling roles in several blockbusters including Prophet of Doom, I Will Die For You, God of Abraham and Igodo among others.

An obviously shocked Fidelis Duker, in a post on his facebook page, had posted the following message:

“Today we again mourn one of our own, a great and talented Thespian. The one I call my friend. He acted in several of my films and TV productions between 1993 and 1998. Great guy. I remember Mike Odiachi and his main pal of that era, Austin Awulonu.

His regular visit to Karimu Street in Ojuelegba. We talked endlessly over amala. Mike, you were a great guy and thespian doesn’t die. I won’t forget your spectacular perfor­mance in Igodo where you were buried alive. Rest in peace Michael Odiachi.”

When contacted for comments over the inci­dent, frontline comic actor, John Okafor, aka, Mr Ibu, initially expressed shock and disbelief: “Mike Odiachi? No, it is a big lie! O’ God! Please, call back, let me reach out to some people first!” he exclaimed. 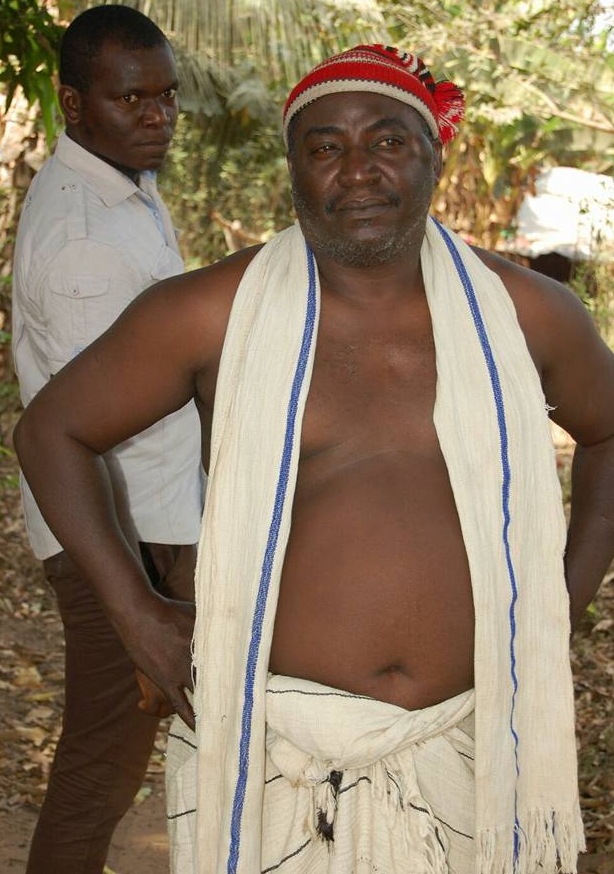 But when he was contacted the second time, he blamed the current increasing rate of sudden deaths in the society to weather fluctuations. He said the current wave of unforeseen deaths was not limited to the entertainment industry alone, and pointed out that the ones that concern the industry always make big news because they are always in front of the camera.
Okafor, who is still mourning the death of his friend and Nollywood colleague, Dede One Day, exploded when asked how it seemed that Mikes’ death occurred barely a week after the comedian and Arakangudu were buried.

He retorted: “All these deaths? Dede One Day left to anchor an even with his two legs but never returned. Whoever had a hand in his death must be visited with death. But if they died naturally, may God receive their souls.”

Also reacting to Odiachi’s death, Chairman of Enugu State Chapter of Actors Guild of Nigeria (AGN), Stan King, described the deceased as a fine gentleman and peaceful individual.
According to King, who played alongside Odiachi on the set of Igodo, he described Mike as ‘highly disciplined and a nice guy, adding that he was a great asset to Nollywood, who will be greatly missed in the industry.

Popular filmmaker and CEO of Filmark Productions Limited, Sir Kaycee Oguejiofor, described the recent wave of Nollywood deaths as unfortunate. He regretted that the industry was fast losing its finest talents to the cold hands of death and called for what he called prompt spiritual vigilance.

According to him, although death is a gen­eral debt owed by everyone but sudden and un­timely death is a serious misfortune to mankind. He prayed God to grant Odiachi and other dead thespian eternal rest in his bosom.

For another ace filmmaker, and Chairman of Great Movies Production Limited, John Nwatu, Odiachi never recorded any scandal or displayed questionable character in the industry. He said that although he never had one-on-one relationship with the late thespian, it was ob­vious that he was a nice individual and a core professional.