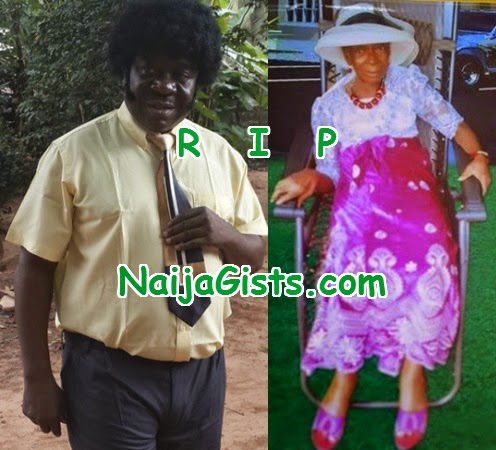 The Nollywood super star is currently in Enugu mourning the loss of his aged mother.

According to sources close to the actor, Madam Victoria Okafor lost her battle with Diabetes on Saturday the 18th of April 2015 at a private hospital in Enugu.

John Okafor was by her bedside when she gave up the ghost.

Our hearts go out to his family at this sensitive moment.

May God grant them the fortitude to bear this loss and may her soul rest in peace.