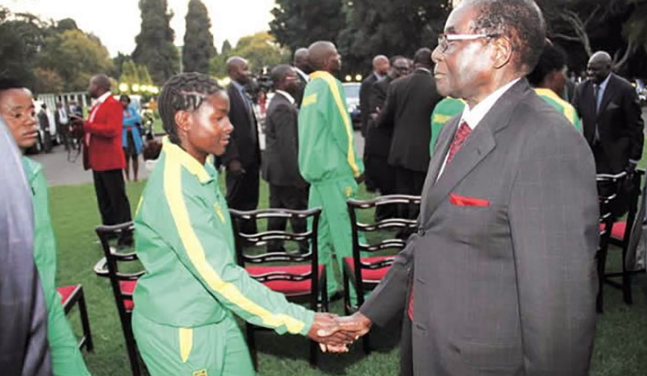 President Robert Mugabe has ordered police to arrest and detain the 31 athletes who represented the country at the just concluded Olympic in Rio, Brazil.

The controversial President said the athletes are useless for refusing to win a medal for the country.

On why he ordered them arrested and detained, Mugabe said:

“We have wasted the country’s money on these rats we call athletes. If you are not ready to sacrifice and win even copper or brass medals (referring the 4th and 5th positions) as our neighbors Botswana did, then why do you go to waste our money”.
”If we needed people to just go to Brazil to sing our national anthem and hoist our flag, we would have sent some of the beautiful girls and handsome guys from University of Zimbabwe to represent us.”

“This situation is like an impotent man who is married to five women, what is the essence? I will make sure we share the cost across board for all of them to pay back to government chest even if it takes 10 years to recoup, now it turns out to be a soft loan we have given them to go and visit Brazil as tourists, they are useless”.

What a strange man!!! Why arrest athletes for not winning medal.

How much did Zimbabwe invest on training these athletes before heading to Rio???