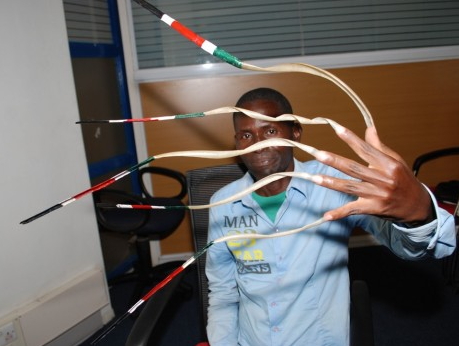 Meet the man with the longest nails in Africa.

Waweru who currently makes between N6500 to N32,580 a day said people pay to see his 30 centimeter-long left finger nails.

He has built a house and a nail care salon with the money he made by showing his nails to tourists all over the world. 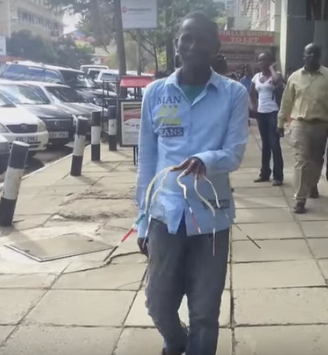 He hopes to enter Guiness Book of World’s record one day.