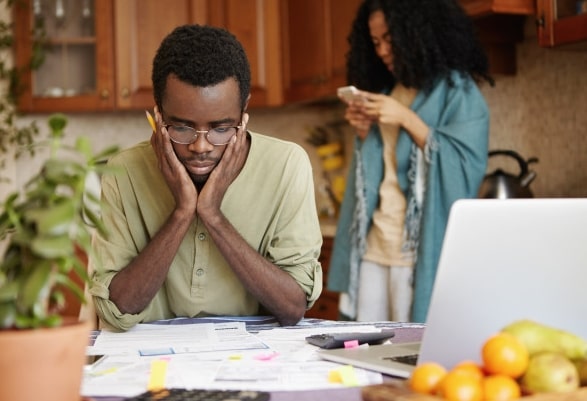 “Never depend on a single income. Make investment to create a second one”- Warren Buffet

Let me tell you a secret: If your salary is your only source of income, you are just one step away from poverty! You must become so financially secure that you forget that it is payday. You have multiple bills, why not have multiple streams of income?

We are living in a world where one source of income is not enough and increasingly becoming unsustainable. As long as you can add value to others differently from your job, then you have the potential to generate a multiple stream of income. Never underestimate your potential to earn sustainable income from the multiple ways you are adding value to others.

One of the wisest and wealthiest men that ever lived, King Solomon, once said in Ecclesiastes 11:2 (NIV version) : “Invest in seven ventures, yes, in eight; you do not know what disaster may come upon the land.” The average millionaire has seven sources of income. Having multiple streams of income would help you live above the financial vagaries, vicissitudes and uncertainties that have bewildered a single-sourced income. Because of the financial risks involved with relying on a job for all of your incoming cash, it is critical to consider having at least one additional source of income.

One of the habits of the rich is creating multiple streams of income. Your salary shouldn’t be your only source of income. Complementing your main salary is one of the most sustainable ways of buoying up your financial baseline. Someone once said that JOB is the acronym for Just Over Broke. A school of thought believes so strongly that having only one stream of income would continually keep us broke.

Richard Branson is one of the most flamboyant and successful entrepreneurs in the world. The founder of a long string of “Virgin” companies, from Virgin Records to Virgin Atlantic Airways to Virgin Mobile and many others. With his great disdain for a single income source, Richard Branson continues to push the limits. In 2004, he founded Virgin Galactic, which is the world’s first commercial space line.

Richard Branson’s Virgin group is a diverse array of businesses fully or partially owned by the serial entrepreneur. Branson’s finances are difficult to penetrate because of their complexity and diversity, with few of his large companies wholly owned by Branson himself. His big-branded firms such as Virgin Atlantic, Virgin Money, Virgin Media and Virgin Trains have other major shareholders. In some cases, he simply licenses the brand to a company that has purchased a subsidiary from him, and these include Virgin Mobile USA, Virgin Mobile Australia, Virgin Radio and Virgin Music (now part of EMI). In return, as the license holder of the Virgin brand, he receives annual or triennial fees that can amount to hundreds of millions over time.

He went into business in 1966 after leaving school at 16, publishing The Student magazine from the basement of a rented flat. He rapidly expanded into the world of pop music, starting a mail-order business that sent records through the post to tens of thousands of teenagers, and set up Virgin Records, a chain of shops, with the first one opening off London’s Oxford Street in 1971. Two years later he launched the Virgin Records label. In 1984, Branson diversified, leasing his first 747 to fly to New York from Gatwick, giving birth to upstart airline Virgin Atlantic, which was soon competing with British Airways at Heathrow.

In 2005-06, Branson was busy assembling the Virgin Media group that today competes with BT and Sky for entertainment, phone and broadband customers. Branson has also had his fair share of flops. There was a series of them in the mid-90s, including Virgin Brides, Virgin Cola (pictured) and Virgin Cosmetics.
Virgin Trains was launched in 1997 with 49% owned by another transport group, Stagecoach. Virgin Active, which runs 122 UK health clubs, is 49% owned by private equity firm CDC and is the latest move by the ‘Virgin emperor’ to launch into the health sector. Virgin Active is a chain of health clubs in South Africa, Botswana, Namibia, Italy, Australia, Singapore, Thailand and the United Kingdom.
With a new keen eye for electric cars, the versatile entrepreneur is pushing his limit this time to challenge Tesla in the future. He said, “We have teams of people working on electric cars. So you never know – you may find Virgin competing with the Tesla in the car business as we do in the space business.” His special love for renewable energy, most especially solar energy, has given him the impetus to launch into the energy sector.
The tools to create multiple streams of income are all around us in the 21st century. We have more access to information, people, and opportunities than ever before. Unfortunately, people use all these as a form of distraction instead of disruption. You have the capacity, time, gifting and talent to create multiple streams of income. The more income streams you can create, the more secure your financial house will be, and the more wealth you will create.
You know the saying, “Never put all your eggs in one basket?” Putting all of your eggs in one basket by being dependent on one stream of income is risky. It is so crucial to the continuation of cash flow that you have another income stream that you can rely on if one fails.

The richest people are people with multiple streams of income. Bill Gates, Jeff Bezos, Richard Branson, Elon Musk, Aliko Dangote and Mark Zuckerberg started with one stream source, but have grown their businesses to meet varying needs over the years. Amazon started with selling books, but today, they sell anything! No doubt that Jeff Bezos is presently the richest man on earth. Aliko Dangote, the richest man in Africa started with Dangote cement, but today he is into rice, pastries, and most recent, into refinery!

There is no security in a job, even a high paying one. Be smart and don’t rely on just one source of income. Having multiple sources of income also gives you more flexibility for the future and helps you break the cycle of living from paycheck to paycheck. Be wise and never design your financial future around a job.

Are you a youth who daily spend 70% on social media? Enrol for a lesson in social media marketing and leverage on the use of social media to help individuals and organizations market their products. You can leverage on technology to be an online marketer. You can also help celebrities, politicians and executives manage their image on Social media.

QUOTE OF THE WEEK: “Depending totally on salary and pension will put your financial life under tension”-Gbenga Adebambo

The Other Forms Of Intelligence: A Motivational Article By Gbenga Adebambo
Work Harder On Your Dreams Than You Do On Your Job