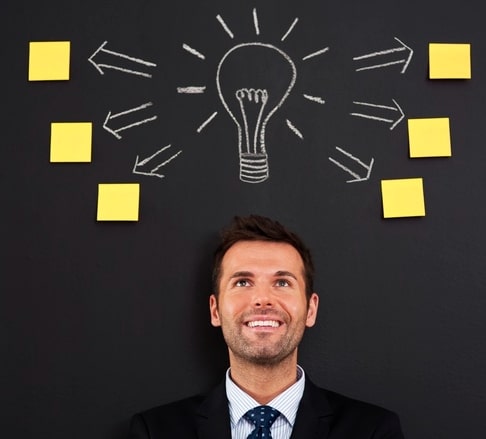 “I failed in some subjects in exam, but my friend passed in all. Now he is an engineer in Microsoft and I am the owner of Microsoft”- Bill Gates

School rewards people for their memory. Life rewards people for their creativity, resilience, ability to network and ability to solve problems. School rewards caution; life rewards daring. Life exalts those who break the rules and set new ones. School supports the fact that we should all have a common approach to a problem; life requires diversified thought patterns to solve a problem. Life requires multiple points of view, schools only teach one! Being top of your class does not necessarily guarantee that you will be at the top of life. The society makes us believe that it is those who succeed in school that succeed in life. This is a blatant lie! I have seen students with F9 in school who got A1 in the ‘street’ and they were street-wise enough to attract wealth. Someone actually said, “You can only get rich when you do what you are not taught in school.”

There are generally five forms of quotients with Intelligent Quotient (IQ) being the most highly exaggerated. In order to sail successfully through life, you must have a healthy blend of all these five quotients:

#2 Emotional Quotient (EQ): This is what makes someone to be able to maintain peace with others, keep to time, be responsible, be honest, respect boundaries, be humble, genuine and considerate.

#4 Adversity Quotient (AQ): This measures resilience and how a person responds to difficult situations. AQ measures one’s ability to triumph over obstacles.  People with high AQ get fired up by the kind of challenges that may crush others. A leader’s capacity to recover quickly and bounce back from challenges is critical to their long-term success. AQ is all about staying power. Being a leader means taking hits, falling down, and getting back up stronger than before. People with lower AQ are often prone to depressive and suicidal thoughts.

#5 Creative/Curiosity Quotient (CQ): This measures the sense of wonder about the world that provokes a person to continually learn new things, innovate, and adapt to changes in their environment. The creative quotient is the score of a person’s ability to think out of the box.  Creativity is the capacity of any individual to think of innovative approaches to a certain problem different from clichéd solutions.

People that have higher EQ and SQ tend to go farther in life than those with high IQ but low EQ and SQ. Most schools capitalize on improving IQ level while EQ and SQ are played down. A man of high IQ can end up being employed by a man of high EQ and SQ even though he has an average IQ.

Christopher Langan is the smartest man alive, with an IQ that has thrashed geniuses like Albert Einstein and Thomas Edison. But he has spent most of his life as a bouncer in a bar. Langan’s IQ has been estimated on ABC’s 20/20 as between 195 and 210 (for comparison, Einstein’s was 150) and has been described by some journalists as “the smartest man in America” or “in the world”. If IQ equals wealth, then Langan should have been the richest in the world. The bitter truth is that he is not even in the list of Forbes 1000 richest in the world. A very bad tale for the world smartest man.

Despite Chris Langan’s intellectual prowess, he has struggled to find meaningful work or worldly success. With the exception of a brief television appearance, Langan continues to live in relative obscurity. He once dreamed of becoming a professor. Since then, he’s worked on a clam boat, as a construction worker, as a factory worker, in civil service positions, and as a bouncer. Mr. Langan with an overwhelming IQ of approximately 200 spent 20 years being a bouncer at a bar!

When he was a child, Chris Langan’s intellectual feats were astonishing. Among other talents, he could speak at six months, read at age three, and question the existence of God by age five. He got a perfect score on the SAT, even though he fell asleep during the test! He could ace foreign language exams by simply skimming a textbook minutes before class. He loved to learn, study math, languages, and philosophy for hours on his own each day.

However, Chris Langan’s early life lacked the support and opportunity necessary to nurture and develop his gifts and other forms of intelligence. He grew up in poverty and remembers owning a single outfit as a child and wearing shoes covered in holes. His stepfather was physically abusive, and even after Chris Langan seemed to have escaped his dismal life, arriving at Reed College, he experienced a series of setbacks. His lack of practical intelligence prevented him from overcoming the setbacks.

In one of my favorite books “Outliers” by Malcolm Gladwell, the author clearly emphasized the short-comings of Christopher Langan that has also hinder many people from living a fulfilling life. Malcolm Gladwell believed that the real reason why Langan ended up unsuccessful in life despite his record breaking IQ is that he had a background that never helped him develop the skills needed to be successful in life. Gladwell wrote in Outlier: “Langan had an unsettled early life filled with abuse that created a resentment of authority. He had had little or no guidance from his parents or his teachers, and never developed the skills needed to cope with and overcome his challenges.” Langan has the highest IQ ever but fails in the real life because he never developed his EQ SQ, AQ and CQ! Gladwell suggests that Christopher Langan’s family experiences failed to instill in him the practical intelligence needed for success. He didn’t know how to ask for what he wanted and get it.

Our school system is focused mainly on Intelligence Quotient, and examinations that get people to scale through admission hurdles to get to their university of choices don’t really put much premium on any form of intelligence other than IQ. This is one area where we need serious adjustment in our educational system. Our curriculum and assessments must be designed in such a way to cater for other forms of intelligence.

We are living in a world where our success will put a lot of demand on our emotional, social and practical intelligence more than the grades we got in school. In real life, grades and certificates are nothing when we cannot connect productively with others towards solving problems. Schools only work to improve on your IQ, but being a successful person in life assumes that you get involved in activities that will improve your EQ SQ, AQ and CQ. You may need to be an advocate for something, get involved in school or workplace politics, join a club in school, volunteer for an NGO or start a business that you are passionate about. You will be more prepared for life with these activities than just pursuing degrees all your life.

QUOTE OF THE WEEK: “Your intelligence won’t take you far in life until you learn the art of connecting, communicating and collaborating effectively with others”-Gbenga Adebambo.