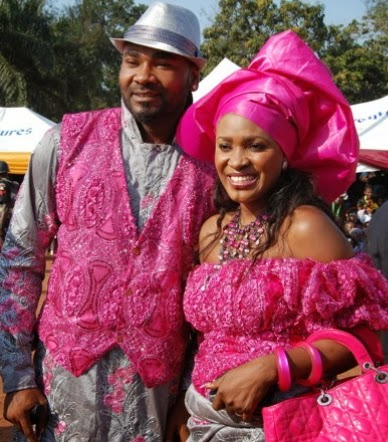 Star singer Gift Uwame aka Muma Gee who got married to actor Prince Eke three years ago is pregnant.

The couple who got married in December 2011 are expecting.

Muma Gee disclosed this to Saturday Beats in a phone chat yesterday.

“Is there anything wrong with fulfilling the essence of my womanhood? It is a special feeling, I must tell you,” she said.

When asked if she’ll still perform on stage during her upcoming album launch concert with her state, heavily pregnant Muma Gee said:

“I would be performing with my baby in my womb. I may not be jumping up and down but I would be doing something milder and classier,”.