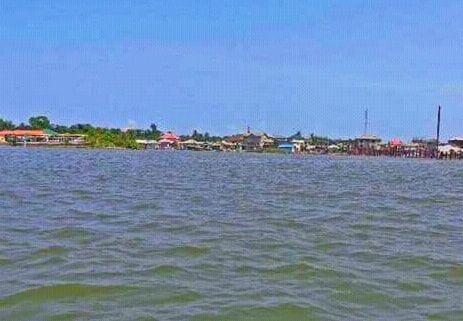 The victims were suspected to have been killed by pirates operating along the waterways in the area.

With frequent reports of sea pirates’ attacks on seafarers in the waterways in that area on the increase, the communities have denied knowledge of what went on around those creeks.

The corpses were said to have been recovered on Sunday by some security personnel, who were on patrol along the waterways.

One AK-47 rifle was said to have been recovered from the boat, but the corpses had not identified by the Police as at time of filing this report.

A security source revealed that a group of suspected pirates, who were close to the boat where the corpses were seen, had fled the scene immediately the security personnel began to advance towards them.

“On Sunday, December 1, in the afternoon, government security agents, on search operations at Jerusalem Creek in Ke clan community, had an encounter with suspected pirates operating in two speedboats and towing another from a distance.

“During the encounter, the pirates abandoned the tow boat and fled into a nearby creek. Further search by the security men on the abandoned boat revealed the 11 dead bodies and one AK-47 rifle.

“It was reported that the incident was a suspected case of attack on seafarers and local community members at the New Jerusalem waterside about an hour earlier,” the source said.

Also commenting on incident, the President of Bakana Community Development Association, Chief Iloye Braide, said the corpses could be those of criminals.

“Two days ago, there was a confrontation between the Navy and some bad boys in Ke area of Degema Local Government Area that resulted in an exchange of gunfire and the Navy managed to shoot and kill 11 of the bad boys.

“Even today another confrontation would have happened when operatives in a surveillance boat from Bille were provoked but decided not to engage the boys in a battle.”

Meanwhile, Rivers State Police Command says the recovered corpses/ bodies had not been reported to the Police.

The Police Public Relations Officer, PPRO, DSP Nnamdi Omoni, said the report was not verifiable and would make contacts to furnish the media with further information on the matter.

Seafarers and boat operators had not reported any case of missing persons at the time of filing this report.

Consistently Sea Pirates’ attack on seafarers have been a source of concerned to those who must use marine transportation, They are always at risk over losing their lives or properties.