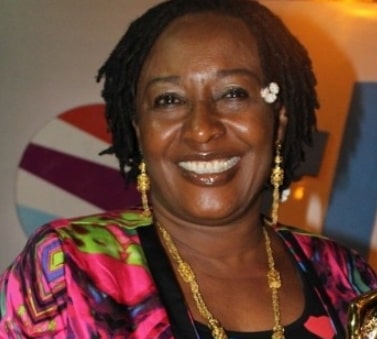 Nollywood actress Patience Ozokwor, the versatile actress will keep you glued to your screen when watching her play the role of a wicked woman, a villainy role that has made her popular.

Ozokwor was among 100 Nigerians honored by the government to celebrate the amalgamation of the northern and southern protectorates in 2014.

Mama G as she is fondly called, was born in 1958 in the village of Amaobo, Ngwo, Enugu State, Nigeria.

Ozokwor had a passion for acting since she was at primary school, where she acted in different stage plays.

She went to Abimbola Gibson Memorial School in Lagos for her secondary education.

She later attended Institute of Management and Technology Enugu, where she obtained a degree in fine and applied arts.

Before starting as a movie actress, she was already a star and first made it into radio drama.

She took part in a soap opera by the Nigerian Television Authority (NTA) titled Someone Cares.

Ozokwor married early at 19 and has three biological children and five adopted ones who all bear her name.

She lost her husband in 2000 and said her life’s biggest regret was not being able to marry the man of her choice.