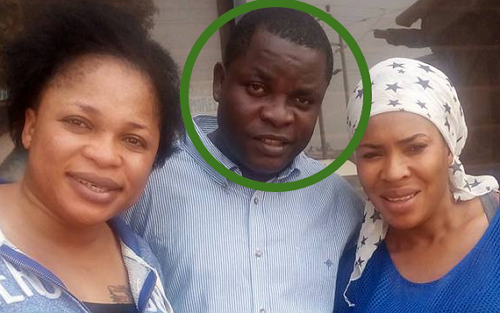 According to a top Nollywood source who was among those soliciting for treatment funds for the late actor, he reportedly got into trouble when he refused to satisfy an upcoming Nollywood actress who sought his help for movie role.

The source said the actor got involved in a war-of-words with the upcoming actress who threatened to deal with him at a location in Ijebu Ode last year.

Sadly, since then, he has been to different hospitals with chronic ailments which first surfaced as a minor headache.

When asked if the actor managed to beg the alleged “witch” who attacked him, the source said he’s not aware of what transpired between them after the lady uttered the threat.

Even though the actor spent several millions of Naira, he never recovered from the multi-faceted ailments that took his life.

He reportedly lost his two kidneys before he gave up the ghost.

Continue Reading
You may also like...
Related Topics:nollywood actor dies of spiritual attack