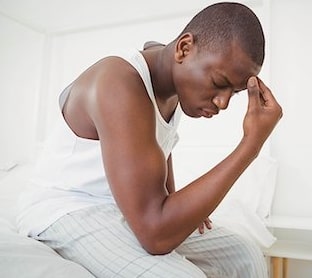 My name is Joseph, I am a very successful banker. I wasn’t really a fan of the banking job but the Nigerian economy gave me no choice. In fact I am the boss of my department.

This issue started when Anna arrived for her Industrial Placement in my department.
I didn’t like her initially but I could see that she liked me.

She was always trying very hard to please me and it annoyed me. In fact, on more than two occasions, I cautioned her to stop buying me lunch.
Give it to Anna, she could be persistent. She didn’t stop, and somehow, I began to like her. I had a serious relationship but I felt I could manage my office fling and my real life.
Anna turned out to be more than I bargained for. She was sweet and all that, she didn’t even make it known in the office that we were an item. Her maturity was top notch.
Until she got pregnant.

She told me when she was twelve weeks. I was momentarily brainless as I could not think of anything to say.

When I finally gathered my wits, I called her and begged her to get an abortion, she told me it was too late and she was scared.

I have been begging for a week to no avail. She is adamant.
I can not marry her.

She knew I had a serious altar-bound relationship with Iyanu my girlfriend of four years and she didn’t mind.

What I don’t get is why she is trying to do this to me.

My dilemma is this, she has refused an abortion; fine. I will not marry her, she knows.

My girlfriend’s birthday comes up in two weeks, I intend to propose to her… Do I tell her about my pregnant side chic or keep it a secret?
What if someone tells her?
Please don’t advice me to marry Anna. I won’t. I love Iyanu, I only strayed.