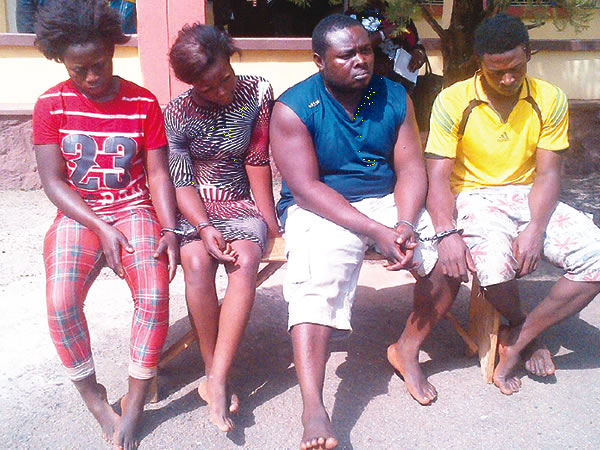 Nov 24, 2015 – My Boyfriend Pushed Me Into Kidnapping Business Because He Wanted To Travel Abroad & Pay My Bride Price – Boy Kidnapper Confesses

The 4 suspected kidnappers of a four-year-old-boy, Steve Kanu, in Abeokuta have confessed that a ransom of N1m was paid to them before he was rescued.

Steve was kidnapped at his parents’ home at Laderin Estate, Abeokuta, on Monday, November 2, 2015.

He was, however, rescued alive last Friday by the men of the Ogun State Police Command, who swooped on the kidnappers at Nsukka, Enugu State, and rescued the boy alive.

Dr. and Mrs. Mucipay Kanu, beamed with smile when they appeared with their son at the state police command headquarters, Eleweran, on Monday. 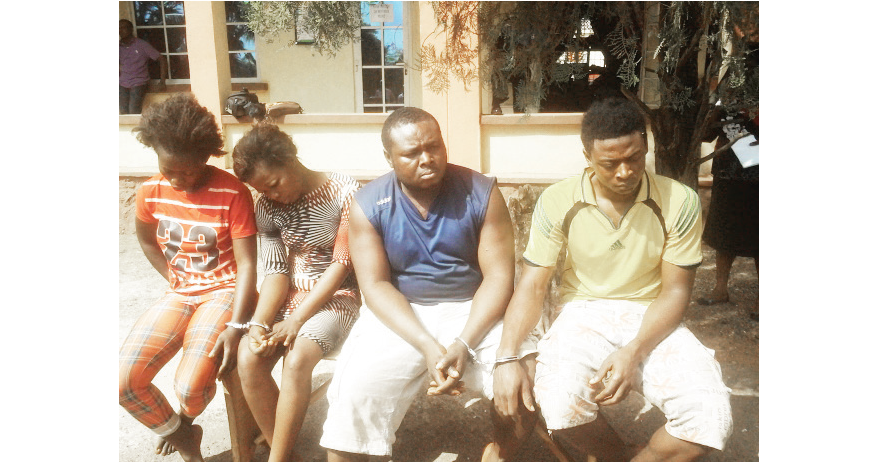 The suspects arrested for the crime were also paraded by the Commissioner of Police, Abdulmajid Ali.

Maureen, who was a staff nurse in Dr. Mucipay Kanu’s hospital in Abeokuta for over three years before she resigned in July this year, was said to have planned the abduction of Steve with her boyfriend, Obinna Amoke, who is currently on the run.

The nurse said she regretted being part of the kidnapping.

She said, “I learnt that Doctor paid N1m ransom to one of our members in Abeokuta before the police detectives arrested us in Enugu.

“I regretted my action, but it was my boyfriend, who wanted to travel abroad and wanted to pay my bride price, that put pressure on me to commit this crime.”