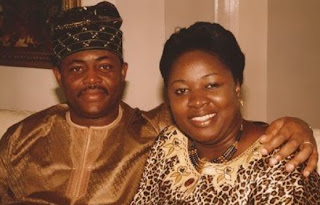 Ordinarily I would not react to unadulterated rubbish but on this occasion, given the seriousness and sheer absurdity of the allegations, I will do so. In a futile attempt to distract attention from the raging debate that was sparked off by my essays on the Igbo/Lagos state issue and in order to exact their revenge on me for some of the positions that I took during that debate a demonically-inspired individual, who I gather was specially commissioned and paid by some unscrupulous individuals, has concocted a venal tale about my wife and children where it is alleged that they ”slept with” President Olusegun Obasanjo, Vice President Atiku Abubakar, my cooks and my security guards. 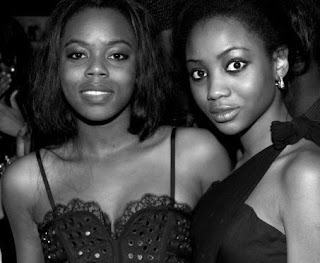 The individual, who I am told first posted this story on his fb wall, is of course a fictitious character who operates a fake account. The individual does not exist and neither did anyone by the name that he gave himself ever work for me or for Obasanjo. Needless to say the shameful events which he recounted in his sordid little tale never occurred. They are a figment of his twisted and disgusting imagination.

My wife Regina and my daughters only ever met President Obasanjo on three occasions throughout my time in public office and each of those occasions was for Christmas lunch at either Ota or Igbogun which we traditionally spent with the Obasanjo family. Vice President Atiku Abubakar has never met my wife or any of my children. The pictures of my family that the individual used in his story were old pictures from my website and Facebook photo album which he and his associates stole.

Throughout my time in office and after leaving such office, despite my relatively high profile, I have sought to keep my wife and children away from controversy and out of public glare for obvious reasons. If anyone or any group of persons want to ”teach me a lesson” for daring to speak my mind in the ongoing debate or on any other national issue they should leave my wife and children out of it. I am the one that may have offended or hurt you with my views and essays and not them. If you wish to attack anyone please attack me and leave them alone. They are innocent, they cherish their privacy and they hate the public glare. Given the amount of hate that I have been subjected to over the last two weeks due to my position in this great debate I am not surprised by this development and neither will it deter or discourage me or my family.

This is part of the price one has to pay for speaking the truth about our history and preferring solutions for the monumental challenges facing our nation. I will remain focused and I will continue to make my contribution to nation-building no matter what. Those that wish to deter me and silence me by attempting to smear my family have failed woefully and instead they have strengthened our resolve. Some have called for my arrest for taking a position on this matter and others have now done this to me knowing fully well what the implications are. Their objective is to literally kill us or drive us underground with their hate but they have already failed. There are bound to be more attempts to hurt and distract us by the same faceless and aggrieved group in the coming weeks and months so I am taking this opportunity to put the public on notice. However no matter they do we shall not be distracted because my family and I are made of much sterner stuff than that and we have faced much greater challenges in the past. God will never leave us and He will vindicate us.

To those faceless men and women that are behind this great evil I leave you to God and to His judgement. You have sought to ruin the future of five wonderful children and to break the spirit of a good, honest, loving and praying woman who has done you no wrong and who has dedicated her life to serving God and looking after me. I assure you that you will not win, you will not break us, you will not divide us and you will not have your way. You shall be consumed by the fire that you have kindled and you and yours shall fall into the pit that you have dug for us. The consequences of your actions will soon be made manifest- that much I promise you. Just wait and see. The Living God that the Fani-Kayode family has always served shall protect us from your evil and He shall avenge us. I leave you to that God and as long as there is life in me I shall continue to join issues with those that sent you.

I have written this clarification only because I have been inundated with calls by many friends from all over the country over this issue since last night and I believe that it is important to set the record straight. I have done that now and my family and I shall never talk about this matter publicly again. We have better things to do than to get into the gutter with those that feed on filth. The public ought to be put on notice that there will be many more of such attacks and fabrications in the coming weeks and months and we urge them to ignore these childish stunts and to treat those behind them with the contempt that they deserve. Thanks for finding the time to read this clarification. May God help and protect us from these heartless and faceless false accusers and from evil men and women who have dedicated their lives to trying to destroy the lives of others.

On a final note I would like to take this opportunity to make a general appeal to the igbo people of Nigeria who I have obviously hurt very much by some of the contents of the three essays that I wrote since this debate started. I did not in any way seek to debase them or insult them in my submissions but evidently I did so inadvertently and this explains their sense of outrage. I made my own contribution to an intellectual debate and shared some historical facts with my fellow Nigerians and I did so with my usual candour and passion hoping that I would get responses and rejoinders that were equally loaded with facts but which may represent the other point of view. It is clear that if some people can go to the extent of organizing the type of evil fabrications which I was responding to earlier in this statement then they must be very upset indeed.

I hereby offer my unreserved apology for the things which I have said which may have hurt them and they should be rest assured that there was no malicious intent. I wrote those things in good faith and also as a consequence of my deep passion and desire to share the knowledge and the truth with my fellow Nigerians. I am not an igbo-hater and neither did I mean to hurt anyone’s pride or wound their feelings.

To those from the yoruba nation and other parts of the country that have encouraged me, supported me and assisted me throughout this debate I say a big thank you and I want you to know that I fully appreciate your love and support. It is that love and support that gave me the strength and the courage to stand firm throughout this discourse and to give it my very best despite the threats and insults that I, my loved ones and members of my immediate and wider family were subjected to. I thank you from the bottom of my heart and may God’s love never depart from you and your household.

I will not be making any more contributions to this debate other than an article which I wrote and submitted before today and which is already slated for publication. I hope and pray that this apology will go a long way in soothing frayed nerves and in enhancing Nigeria’s unity. God bless Nigeria.