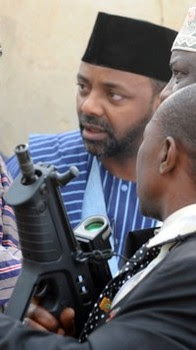 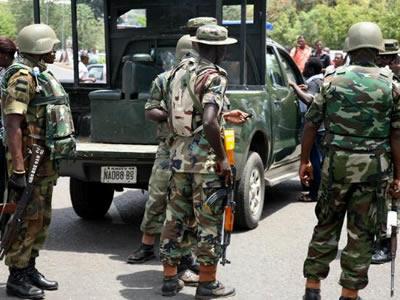 The latest report from JTF in Kano is that a suspected Boko Haram member has been arrested inside the house of Mohammed Abacha, the son of former Nigerian President Sanni Abacha.

It was gathered the man nabbed by Joint Task Force on Wed. the 14th of August, 2013 was a domestic servant to Mohammed Abacha.

Joint Task Force officials stormed The GRA residence of Mohammed in Nasarawa LGA of Kano while they were observing their afternoon prayers.

After waiting for them to finish their prayers, they ordered everyone to lie down and they arrested the suspected Boko Haram member.

On spotting the JTF, we learnt the suspect tried to escape by attempting to jump over the fence. He was successfully arrested by the security operatives on site.

According to a source, the arrested Boko Haramist was earlier arrested in Borno State after a brutal attack that led to the death of innocent civilians but he escaped from custody.

As we speak, JTF are yet to reveal his identity.