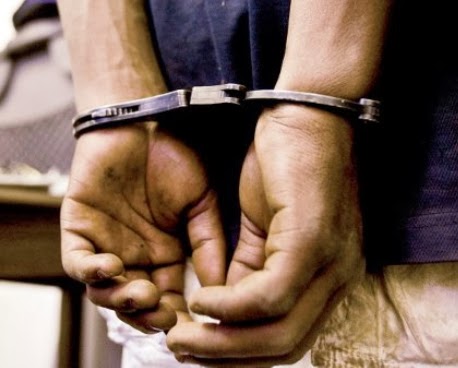 Rev. Michael Oguguo, 52, who sold the baby of his daughter, Chiamaka Oguguo, for the sum of N200,000 with the connivance of a clinic in Umuechem, Etche, Rivers State where the baby was born has been arrested.

Rev. Oguguo, a native of Ejemekwuru in Oguta is the minister of 11th Deliverance Ministry, Nkwesi, Oguta, Imo State while the clinic is operated by Cyprian Phat, a homeopathic medicine practitioner.

As Sunday Sun learnt from the Imo State Commissioner of Police, Mr Mohammed Katsina, the sordid story started when Chiamaka was impregnated by her boyfriend, whose name was given as Chinedu Ukachukwu.

Recalling the painful experience, 18-year-old Chiamaka told Sunday Sun: “I was impregnated by my boyfriend Chinedu Ukachukwu who lied to me that he was not married. Later I learnt that he is married with four children. When my father, Rev Oguguo heard that I was pregnant, instead of accepting me with my condition, he threw me out of the house and I slept in an uncompleted building for days. My father encouraged me to abort the pregnancy, but I didn’t listen to him.”

As Chiamaka got close to the delivery date, a pastor colleague of her father lured her to New Life Clinic in Umuechem, Etche, Rivers State, operated by Cyprian Phat, who, the Police Commissioner said, masqueraded as a medical doctor. He further revealed that Phat held Chiamaka captive for about one month until she gave birth to a baby girl.

The twist in the tale occurred when Chiamaka’s father who had initially abandoned her suddenly re-surfaced after hearing of her safe delivery of the baby.

Continuing the tale, Chiamaka said: “When I saw him, I thought he came to rejoice with me. I did not know he came with a devilish intent. Like magic, my baby girl disappeared from my bed. I thought she was taken for treatment. I didn’t know that my father had connived with the doctor and sold my baby to one Chinwe Okuzu, 25, a Business Studies student of Abia State Polytechnic for the sum of N200,000.”

Recounting his role in the baby sale caper, Phat who hails from Mgbele in Oguta LGA, Imo State, told Sunday Sun: “I claimed to be a homeopathic practitioner. I was deported from Austria in 1988 after I was unable to undergo training as a mechanic. I returned home in 1993 and started practicing homeopathic medicine. Chiamaka Oguguo came to my clinic to deliver a baby girl. Later her father, Rev Oguguo came to my clinic and said we should sell the baby girl. We arranged with a lady, Chinwe Okuzu who bought the baby at N200,000 at  the clinic at Umuechem Etche, Rivers State. Later the police came to arrest  me and I have confessed to them.”

The next link in the chain of infamy, Okuzu, a native of Umuchi in Ihitte Uboma LGA Imo State, confirmed buying the baby but added that she did so on behalf of one Mrs Rose Nwadinaobi, who runs a baby factory, from whom she collected a share of the proceeds from the sale.

Her words: “I am an agent to Mrs Rose Nwadinaobi who took the child from me and I have not been able to locate her since I was arrested me.”

The bubble burst for the conspirators when Chiamaka screamed blue murder, raising dust over the disappearance of the newborn baby girl. As it stands now her only wish and utmost desire is to be re-united with her baby, as she wails unceasingly: “My cry is that I need my baby girl. They should return my baby girl to me. I have disowned my father who claims to be a reverend in the church. He is not a man of God. He is just deceiving the congregation. If he can do this to me his own daughter what would he do to others? He does not have the fear of God. I am ready to carry my cross and care for my baby.  Today’s men of God are so deceitful.”

Meanwhile, there is a glimmer of hope that the baby girl may be found as the Imo State Police Commissioner disclosed that Rose Nwadinobi, who bought the newborn is already in the police custody. He further said that the suspects would soon appear in court.