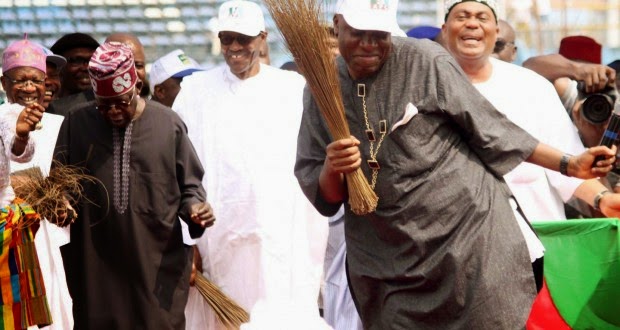 “If I didn’t believe in the bold initiative, I wouldn’t have lent myself to the unprecedented merger of the political parties that became the APC. We wouldn’t have challenged the incumbent party controlling the central government, People’s Democratic Party, PDP.

“There is no incumbent that has ever lost an election in this country. At the beginning of that journey, we were laughed at, we weren’t given a chance.

We were told that we have embarked on an exercise in futility. Yet we believed in the justness of our call. The criticism didn’t deter us but encourage us.

“That exercise has become a history-making exercise. The party that was described as dead on arrival has, however, given birth to a new government, spirit and better democracy.”