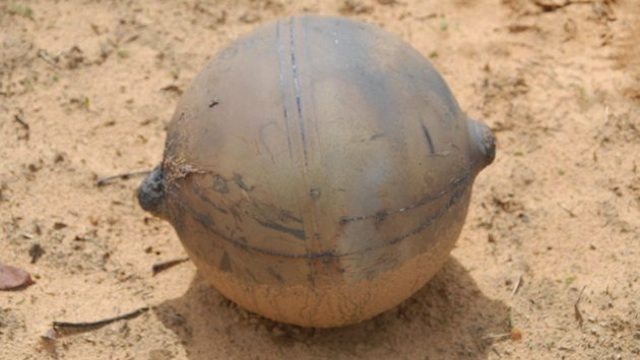 A very large, mysterious metallic space ball fell from the sky on a remote grassland in Namibia , which prompted the baffled authorities to contact NASA as well as the European space agency. Watch the video below naijagists.com

Mysterious Space Ball Falls From The Sky in Namibia

Several such balls have dropped in southern Africa, Australia and Latin America in the past twenty years. The sphere was discovered mid-November, 2011, but authorities first did tests before announcing the find. Police deputy inspector general Vilho Hifindaka concluded the sphere did not pose any danger. “It is not an explosive device, but rather hollow, but we had to investigate all this first,” he said.