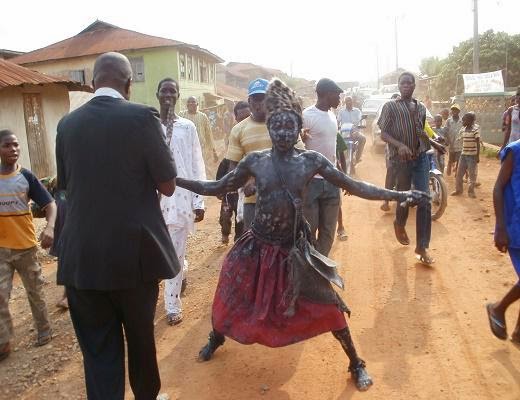 Within a week,  20 people died in the quiet town of Ode Irele in Ondo state days after some boys stole from the shrine of Malokun goddess.

Some Ifa priests in Ode Irele alleged that the gods are angry with the whole community because some people stole from the shrine of Malokun.

A priest in charge of the deity reportedly invoked the spirit of another deity, Aiyelala to hunt those who steals from Malokun shrine.

It was alleged that the boys who reportedly caused the problem and those related to them have died.

In order to avoid further deaths, the priest in charge of the deity, Ojagbanitemi urged the inhabitants of the land to carry out spiritual cleansing which requires all the women in the town to fetch water and clean the shrine.

“Malokun goddess is angry with us and this has been revealed by our priests. We have begun the spiritual cleansing with all women in the town fetching a bucket of water each to pour at Malokun shrine”. – said a source in Ode Irele

See photos from the spiritual cleansing ritual below: 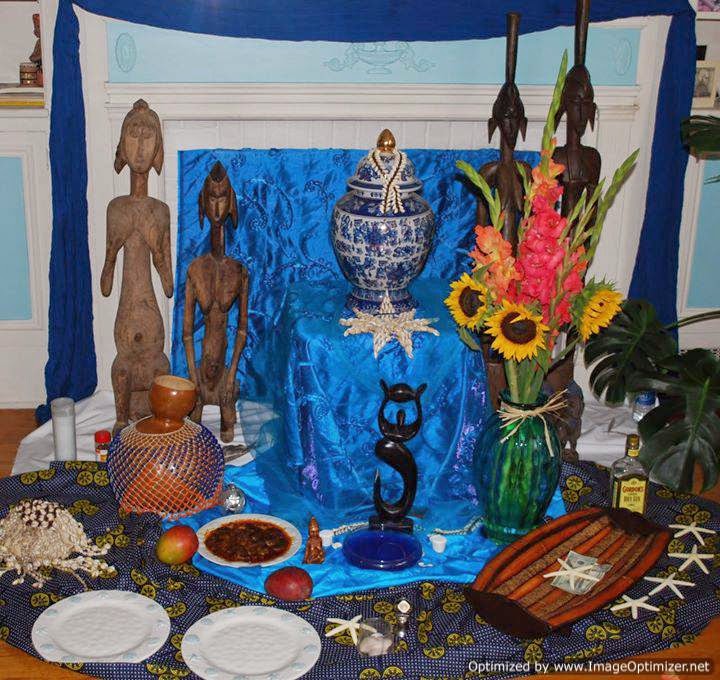 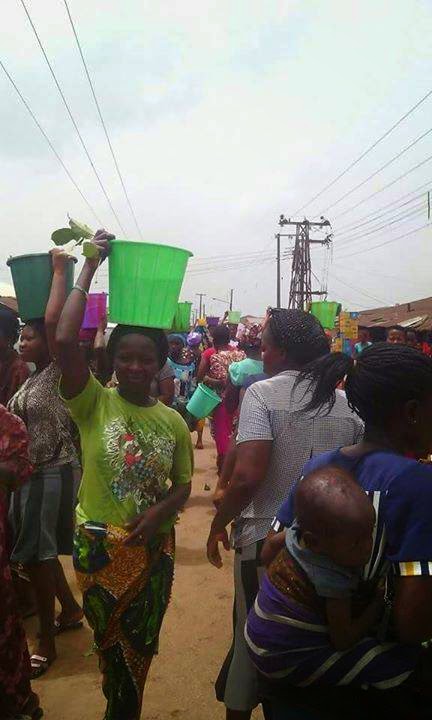 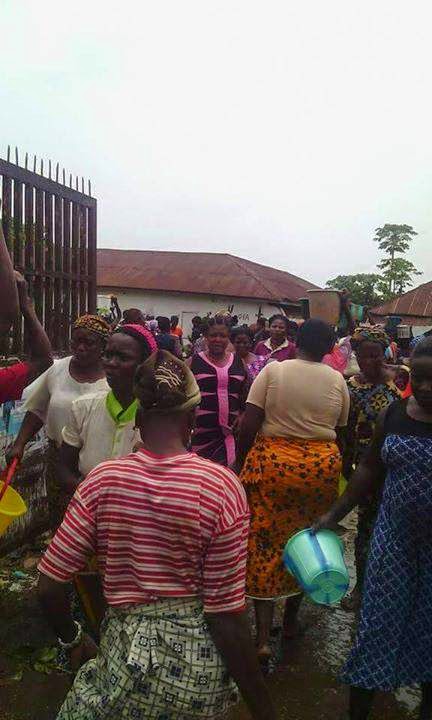 Serious stuff!!! It sounds like a typical script from a Nollywood movie.