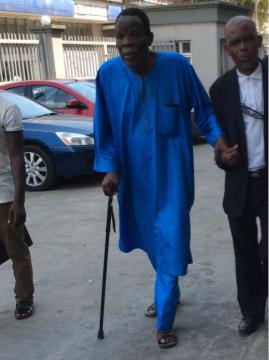 An 88-year-old man has been arrested and charged before Igbosere Magistrates’ Court with fraud in Lagos State, western Nigeria for allegedly defrauding more than 15 victims of over N100m in land scam in Lekki Resettlement Schemes in Eti-Osa Local Government Area.

The Octogenarian, Pa Adeola Ajidahun, was again arrested after he allegedly defrauded Kehinde Ola to the tune of N30m under the false pretence of selling some plots of land at the same resettlement in Lagos.
After he was charged to court, the Ekiti-born Ajidahun was remanded in prison custody at Ikoyi pending when he will perfect his bail. 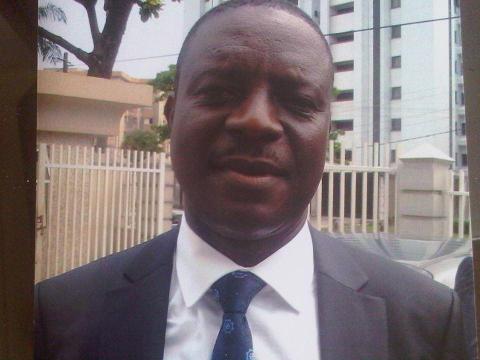 Ajidahun, who resides at 89, Karimu Laka street, Egbeda area of Lagos, allegedly defrauded Ola after he convinced him that the Lagos State government allocated some plots of land to him to sell in the area.
He allegedly brandished fake documents to convince Ola and later took him to the area in Lekki with his agent, Felix Olu Fadare, and showed him the parcels of land.

Ola, who did not suspect any foul play, paid for the land through his bank.
Unknown to Ola, the land Ajidahun sold to him belonged to another family in the area.

We also gathered that Ola was not the only person Ajidahun allegedly defrauded over the land. Another victim, Tony Ezeoke, also lost over N10 million on the same land.
He sold Ezeoke the land marked by the state government as road leading to the area.
When Ola discovered the fraud, he petitioned Anti-Special Fraud Unit, SFU, and Ajidahun was arrested and investigated.

During the investigation, the police discovered that he had defrauded many other victims and was using an estate agent identified as Felix Olu Fadare, who is now at large, to defraud victims.
Ajidahun was charged with conspiracy, obtaining under false pretence and stealing under the Criminal Code.

The prosecutor, Mr Boniface Asogwara alleged that Ajidahun conspired and obtained the money from Ola under the false pretence of selling plots of land at Lekki in Eti-Osa Local Government, Lagos.
During the arraignment, it was discovered that other victims were also duped by Ajidahun who was in court.

The presiding Magistrate, Mrs. O. O. Oshin granted him bail in the sum of N500,000 with two sureties in like sum.

The court also ordered that one of the sureties must be a civil servant of level 16 and must show evident of tax clearance for three years.

He was remanded after his relations did not show up to perfect his bail condition.
The matter has been adjourned till October following the transfer of Oshin.