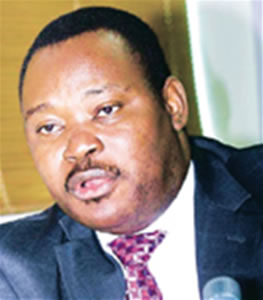 Sources within the unit told Saharareporters that Mr. Ibrahim was picked up today and is currently under detention at the offices of the agency.

According to one source, “We are investigating a case where Chief Ibrahim, defrauded the federal government to the tune of N6.8 billion.

He is in our custody, we take intend to take a statement from the suspect under caution”, he added.

One of our sources said Mr. Mr. Ibrahim have been evading agents of the unit for some time but disclosed that the eventually caught up with him in his hotel room in NICON Luxury Hotel where he was arrested this afternoon in Abuja.

Mr. Ibrahim emerged into national prominence under former President Olusegun Obasanjo, where he was frequently described as an insurance magnate after a questionable sale of the state owned NICON insurance company to Mr. Ibrahim.

He subsequently became a player in the media industry through the controversial purchase of Newswatch magazine and also as a proprietor of Air Nigeria. An airline closed down last year due to safety concerns and Ibrahim’s inability to meet financial obligations to staff, lessors and maintenance engineers and aircraft parts suppliers.

After Mr. Ibrahim’s purchase of Newswatch, the original directors, including Ray Ekpu, accused Mr. Ibrahim of hijacking Newswatch without meeting the terms of acquisition as a majority stakeholder.

His troubles in aviation sector came to light when one of his top level employee, John Nnorom turned into a whistleblower and disclosed to Saharareporters of the airline’s extensive violation of maintenance standards and financial fraud.

Mr.Ibrahim is known to have extensive political connection with former President Obasanjo as well top members of the Goodluck Jonathan regime.