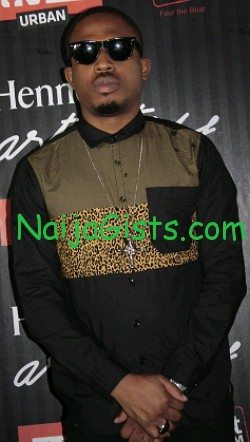 Top Nigerian music star, Naeto Chikwe aka Naeto C who just got married has found himself in a messy fraud scandal with an Abuja based entertainment company called FBS Entertainment. naijagists.com

FBS accused Naeto C of fraudulent dealings after he failed to show up at  a concert he was contracted to perform.

Here is a copy of the contract signed by the artist 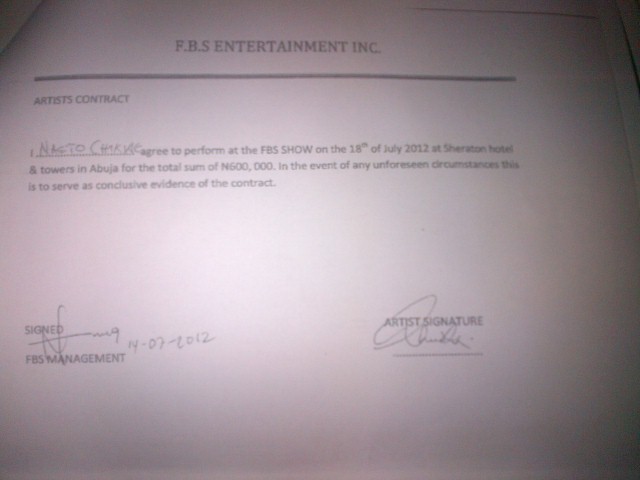 In the letter dated Nov 13,2012, the company writes Nigerian law enforcement agency, EFCC (The Economic and Financial Crimes Commission ) to investigate the singer.

Below is a copy of the letter.

We would like to state that we had discussions with NAETO C  over a contract to perform at the show which was scheduled to hold at Cubicle Arena, Maitama Garden, Maitama on 18th of July 2012 by 5:00pm in Abuja, Federal Republic of Nigeria and he agreed to perform at the show. Our agreement is detailed in a one page contract agreement dated 14th July, 2012 and signed by NAETO C and our enterprise. A copy of said contract is hereby attached.

Consequently, and as agreed upon discussions with NAETO C, Our Company paid a deposit in the sum of four hundred thousand Naira (N400, 000.00) in to NAETO C’s Guaranty Trust Bank (GTB) Account with the account details as follows Account Name: Naeto Chikwe. Acct Number: 0115788951.

His actions as stated above apart from being a breach have also constituted an obtainment by false pretense which constitutes an offence under the laws of the Federal Republic of Nigeria.
We hereby write to inform the general public of the activities constituting a betrayal of trust and serious criminal offence which should be accorded attention by all concerned.

NAETO C’s actions have made Our Company to suffer damages, which among others include loss of good image, business goodwill and withdrawal of contract deals by clients as many clients now see Our Client as being unreliable.
Our discussions with NAETO C to recover the amount paid have been fruitless and have been met with insults.

The music star is yet to say his own side of the story.