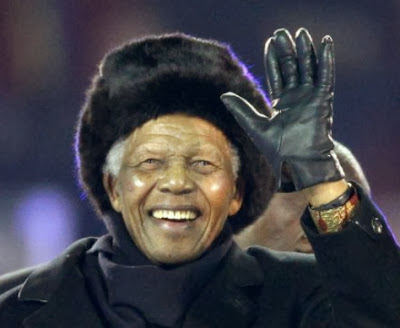 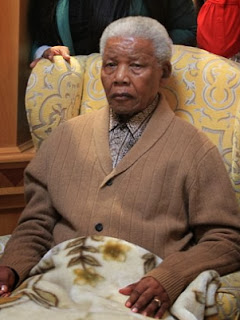 The news about Nelson Mandela’s death will cover the newspaper headline tomorrow while it has turned viral online with NaijaGists.com being the first online media house in the country to carry it.

While many thought it is a hoax, NaijaGists.com official Facebook page was the first social media page to carry it in Nigeria 5 minutes after his death.

Our political elites, public office holders, senators and politicians will now be parading the TV and radio stations to sympathize and comment about the great loss to South African people.

This is never a loss to the South African people it is a blessing to them and the generations yet to come.

Mandela will forever be celebrated and remembered throughout the entire world. He lived for something, he fought for something and rest with something. He lost his entire life, career, money, family, and fame to struggle for the freedom of his people.

Nigerian politicians and leaders are fighting for powers, killing for money and struggling for fame, truly they will die unexpectedly without trace and generations yet unborn will never remember them if they continue with their evil ways.

In his lifetime, Nelson Mandela lived in the midst of his people not in a high fenced, electrocuted wired fences and 24hrs cctv monitors.

Their handiwork will expose them. They should learn a good lesson from Nelson Mandela’s Death tonight, if Mandela rested peacefully and the entire world came to a stand still, can Nigerians stand still for one day to mourn the death of any of our present and past leaders and politicians? Surely they will rejoice and celebrate just like when the black glasses general died in the lap of Delilah with strange apple.

Let our leaders and politicians learn a great lesson today from Nelson Mandela’s death, what you do in the past and present will judge how your future will be.