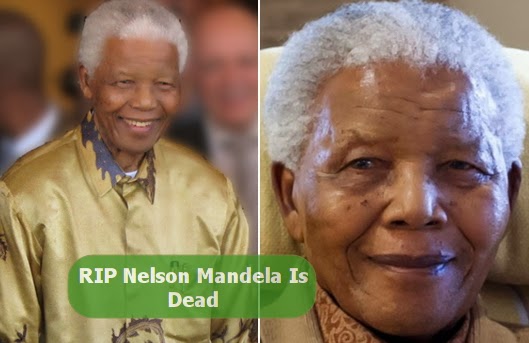 Please note this is not a hoax, the former South African President Nelson Mandela is dead.

He passed away few minutes ago on his death bed in his home in Johannesburg, South Africa.

Mandela has been a controversial figure for much of his life. Right-wing critics denounced him as a terrorist and communist sympathiser. He nevertheless gained international acclaim for his anti-colonial and anti-apartheid stance, having received more than 250 honours, including the 1993 Nobel Peace Prize, the US Presidential Medal of Freedom, and the Soviet Order of Lenin. He is held in deep respect within South Africa, where he is often referred to by his Xhosa clan name, Madiba, or as Tata (“Father”); he is often described as “the father of the nation”.

After months on death bed, South Africa’s first black President has passed on to glory.