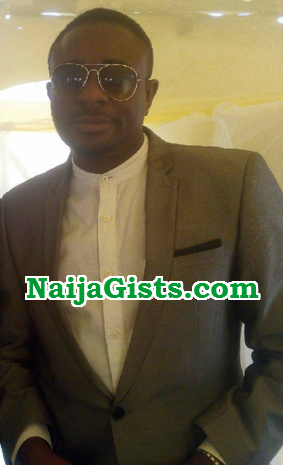 March 30, 2016 – Emeka Ike: Nigerian Actors Should Be Paid Anytime They Come On TV, All They Get Is Hype

Nollywood actor Emeka Ike has officially declared himself as the only authentic President of the Actors Guild of Nigeria.

During his official visit to Daily Sun’s Office in Lagos, Emeka Ike said he went to court to seek justice and last Thursday got a judgment in his favour when a Federal High Court siting in Lagos declared Ibinabo Fiberisima’s presidency as contemptuous and affirmed his mandate.

See excerpt from the interview:

“We as a team have been consistent in going to court, applying the rule of law. We have gotten judgment severally. We clapped for the justice system for giving our mandate to us. We didn’t use the police. We tried to apply democracy and justice system and we are happy that it turned out very well.”

“We believe that we don’t have to go the way of cultism. We went the gentleman way. The taste of justice is sweeter than satisfaction of violence perpetrated. It might take a little long for you to achieve justice.

They tried to make the Nigerian law system a laughing matter. But at the end of the day, we had justice.” “We are worried about the plight of actors.

Some of them are poor because there is no pension scheme, no royalty for the job they have done. Any time you see us on television, we should be paid. That is how it is done all over the world except Nigeria. All we get is hype on TV, not money,”.