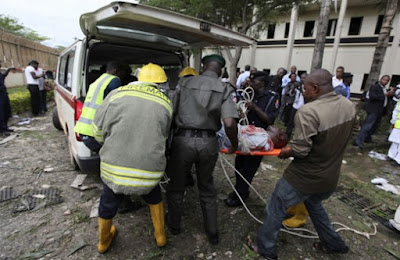 8 bodies were found on Monday, in a burrow pit at the boundary between Agbalu and Umuokom, in Obibi Community in Etche Local Government area of Rivers State.

We gathered that the corpses were discovered in the morning by women who went to the farm.

A source from the community said the women raised the alarm which attracted residents of the community, but were scared to go closer to the bodies.

The source said natives could not identify them, as the corpses, who were male kid with their faces to the ground.

Muhammad said investigation revealed that the perpetrators came from a neighbouring state.

He said: “Information led our men to a burrow pit on the outskirts of the community where eight corpses were discovered.

“Further enquiry revealed that on March 24, 2016, at about 5:45 pm, unidentified men from neighbouring state came to the scene with the men bound, who they executed and dumped their bodies in the pit and left towards Abia State. Investigation has been launched with view of unveiling the scenario and arrest the culprits.”