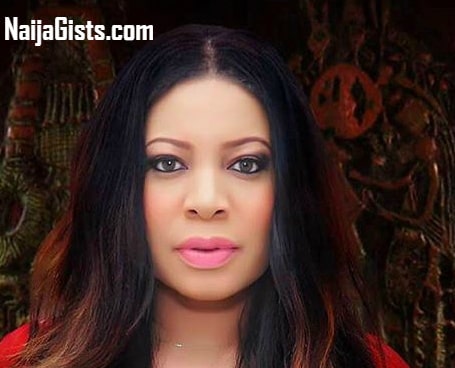 A Lagos High Lagos in Igbosere on Monday renewed a bench warrant for the arrest of actress and producer, Monalisa Chinda Coker, over a tax evasion charge.

Justice Adedayo Akintoye renewed the order for Coker’s arrest following her failure to appear in court for trial, allegedly since 2017.

She adjourned further proceedings till June 5.

When the case was called Monday, neither Coker nor her lawyer was present.

Prosecution counsel Babatunde Sumonu told the judge that the bench warrant had yet to be effected.

“The bench warrant is to continue,” Justice Akintoye held.

The judge made the original order for Coker’s arrest last January 21, following an application by the Lagos State Ministry of Justice.

The state alleged that Coker repeatedly failed to honour a court summons.

The application for her arrest flowed from a two-count charge accusing Coker of failure to file annual tax returns and pay income tax in respect of her company, Monalisa Code Productions, for six years.

Monalisa Code Productions carries on its business from Lekki in Lagos.

On January 21, prosecution counsel, Y. A. Pitan told Justice Akintoye that Coker had not appeared in court since 2017, when the charge was filed against her.

“The defendant has been served with hearing notice. The proof of service is in the court’s file,” Pitan said, while making an application for the bench warrant.

But on February 2, the court heard that the bench warrant had yet to be effected.

It ordered that the warrant should continue and adjourned till Monday.

Count one of the charges, marked LD/5712c/2017, reads in part: “Failure to furnish and file annual tax returns for the purpose of personal income taxation with the Lagos State Internal Revenue Service (LIRS) contrary to Section 94(1) of the Personal Income Tax Act 2004 (as amended).”

The particulars of the count stated that Coker “of Monalisa Code Productions, being a taxable person in Nigeria and carrying on business at… Lekki… failed to furnish and file tax returns on your personal income for the years 2011 to 2016.”