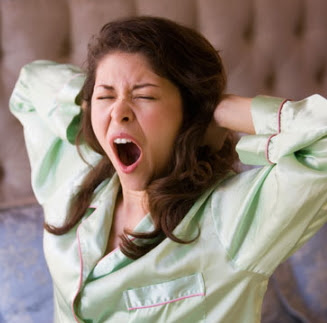 According to a study published in the journal, Scientific Reports, just a week of inadequate sleep Ukcan damage the heart due to a rise in ‘bad’ cholesterol.

The researchers showed that people who spent too few hours in bed also had less ‘good’ cholesterol circulating in their blood, than those who slept sufficiently. Seven to eight hours of sleep for adults was recommended by the National Sleep Foundation (NSF), the body dedicated to improving health and well-being through sleep education and advocacy.

A PhD student in sleep research at the University of Helsinki, Vilma Aho, said based on the outcome of this study, people should be educated on the importance of getting the right amount of rest to prevent common diseases, as well as eating healthily and exercising.

Genes, which regulate the transport of cholesterol around the body are less active in sleep deprived people than those getting a good night’s rest, the researchers found. However, the findings could explain why those who get less than the recommended seven to eight hours sleep a night were at higher risk of cardiovascular diseases such as heart disease, heart attacks and strokes.

‘Bad cholesterol’ can damage the walls of the arteries, causing them to become hardened, scarred and plaques form. These plaques can restrict blood flow to the heart, causing a heart attack, or can break off and travel to the brain, causing a stroke. Good cholesterol, on the other hand, acts as a magnet, hoovering up the bad cholesterol and moving it out of the arteries and into tissues such as the liver, or to make hormones.

The team, from the University of Helsinki in Finland, wanted to find out why lack of sleep was linked with more heart problems and strokes.

According to report in the mailonline, the researchers analysed people sleeping in a laboratory, and looked at data on sleep levels and disease in members of the general population. Similarly, they looked at the impact of sleep deprivation on how genes regulating the transport of cholesterol around the body – and on the actual levels of cholesterol in the blood.

Continue Reading
You may also like...
Related Topics:attack, cause, Heart, inadequate, sleep