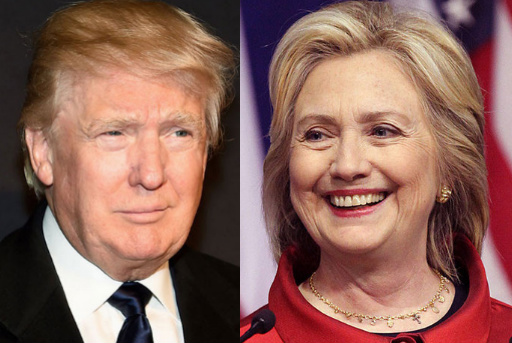 Oct 6, 2016 – New US Presidential Election Poll Picks Hillary Clinton As The Next US President

According to Press TV, a new poll shows US Democratic nominee Hillary Clinton is leading her Republican opponent, Donald Trump, by 10 points in the run-up to the US 2016 presidential vote.

The Fairleigh Dickinson University survey released yesterday revealed that the former secretary of state has 50 points and the New York billionaire 40 percent among likely voters.

Adding two other candidates, Libertarian nominee Gary Johnson and Green Party candidate Jill Stein, to the equation would still show the former first lady in the vanguard with 45 percent to 36 percent compared to Trump.

In that case, Johnson grabs 11 and Stein nabs just 3 percent.

The outcome of the new poll was released in the wake of a debate between vice president picks by the two major parties, Indiana Governor Mike Pence and Virginia Senator Tim Kaine.

The poll showed that if the two were running for president themselves, the Democratic senator would beat the GOP governor 49 to 41.

With a 4.4 percentage point margin of error, the poll questioned 788 voters in the period between September 28 and October 2.

According to a Real Clear Politics average of recent polls, Clinton currently maintains a 4.9 lead with 48.1 percent over the real estate mogul with 43.2 percent.

Continue Reading
You may also like...
Related Topics:hillary clinton us president