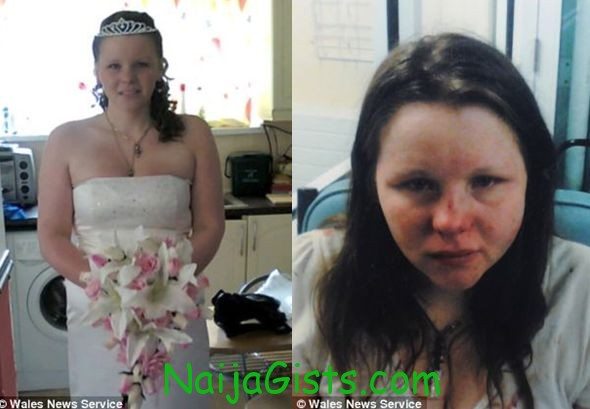 Just married man, Nicky Pearce, who is supposed to be having a blast with his bride is currently cooling his feet behind the bars after accusing his wife of flirting with the best man, then beat her up and smashed all their wedding gifts.

The couple, Tammy Driver, 21, and Nicky, 29, separated upon returning from their honeymoon weekend, following a violent row at their home near Aberdare, South Wales. 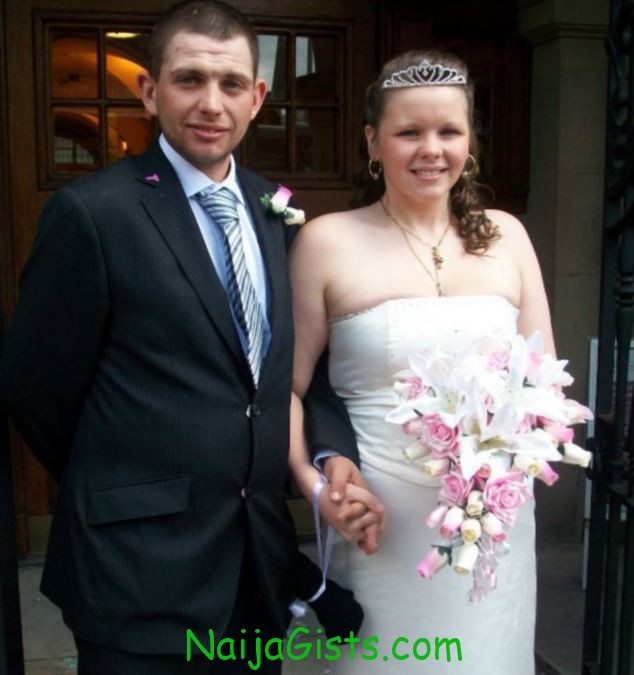 Jealous Pearce flew into a drunken rage and attacked his new wife, grabbing her by the neck before allegedly biting her and breaking her nose.

He has now been jailed for a year after admitting the assault.

Narrating her ordeal, the devastated bride said: “The sacred vows that Nicky and I took four days earlier meant nothing to him at all. He promised to love me and take care of me for the rest of my life. But it was a nightmare.”

Blah.Blah..Blah…Blah…. so she is just finding out the vows meant nothing to him? Definitely there must have been traces of his anger during their courtship (If they ever courted in the first place), and she probably just ignored it.

Now her life is history is now a headline news around the world. Anyways her story will make Kim Kardashian feel better.

At least hers lasted 72 days and there was no physical abuse involved.(culled from gistxpress)