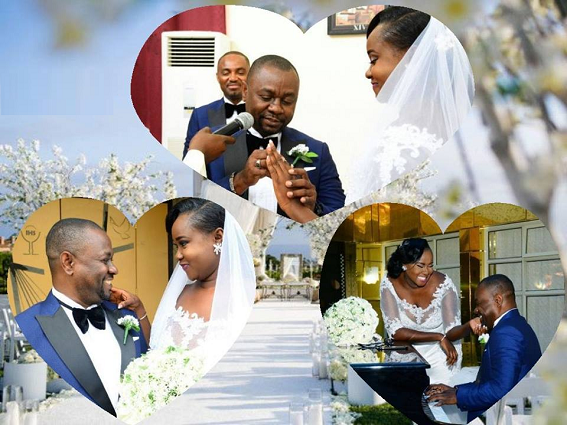 Retired Hon. Ike Ibe and his new wife Uchechi  Anusiesm who got married in Abuja on the 2nd of June 2016 received a congratulatory message dated June 27 2016 from the White House.

Hon Ike who lost his first wife Nancy and daughter in the ill-fated 2012 Dana Air Crash is now based in Georgia.

See the surprise letter below 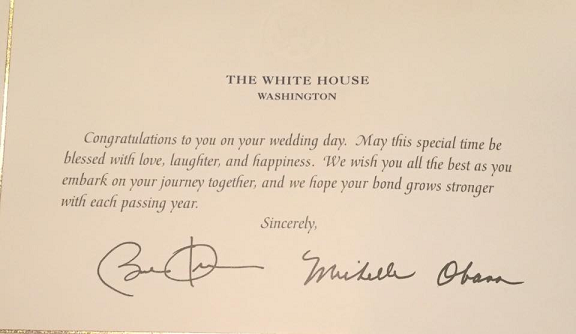 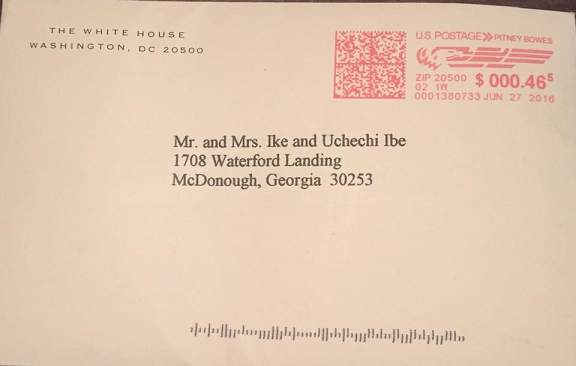