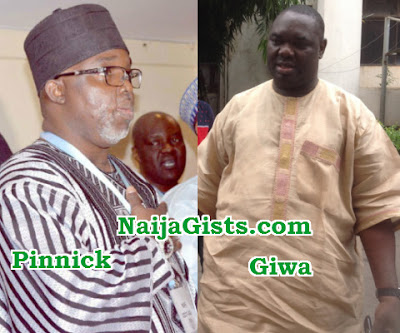 The President of the Football Federation of Nigeria, Mr Amaju Pinnick has been sent packing.

He was ordered to vacate his seat for the rightful owner Chris Giwa by a Jos High court today.

During GEJ’s tenure, Chris Giwa asked a court to nullify the fraudulent election that brought Pinnick into power but the case was put under the carpet due to Pinnick’s relationship with the former President.

Pinnick however vowed to appeal the decision.

“This is not good for Nigerian football. We will definitely file for stay of execution,” – said the embattled NFF boss.

Chris Giwa won the election carried out in Warri a while back but Pinnick reportedly bribed his way into power.