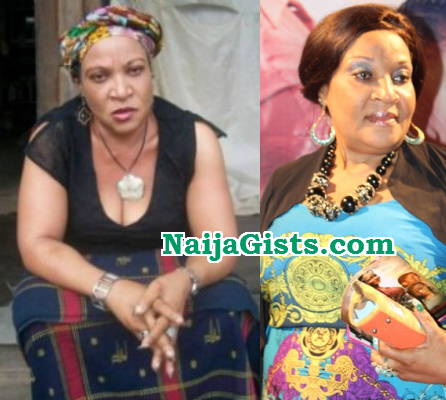 In this recent interview with Flora Onwudiwe, Abia-born veteran Nollywood actress Ngozi Nwosu talks about the industry and her issues with upcoming movie stars offering their body for roles.

I didn’t have a break in the movie industry, you know what is going on now in the industry. They tend to frustrate the older ones and that is why, if you take a look at some of the movies, a lot of people had veered into a lot of things, but some of us who are strong are still there. I don’t know how to do anything else and that is what I am still going to be doing as long as God gives me the strength, I will still be in the movie world till my last breath.

What is your view on sex-for-role, does it still exist in the industry?

Of course, when you talk about sex-for role, it has to do with an individual. There’s nowhere that it does not exist, even in the whole wide world. Let me put it this way, in the entertainment industry, people do a lot of funny things to get to where they want to get to, so all this sex issues, of course they exist, it is not only the movie industry, it is practised in all other parts of the world as well.
To me, I believe it is an individual thing. If you feel sex is what will take you up there, fine ,go ahead, just know that whatever takes you up there that is not God’s will, will certainly crash. But if you know yourself and you know what you want in life and you know your onus, you will set out for it. Definitely, when you are up there with God’s help, nobody will pull you down. But anything you get from an illicit affair does not end well.

Who are to be blamed?

Nobody is to be blamed, I have said it from the outset, it is an individual thing, if producers ‘toast’ you, maybe it’s okay but sometimes the girls are the one ‘toasting’ the producers. So, who is to be blamed then? A man has the right to say bring your body, you, the woman has the right to say ‘no’.
So it is a two way thing. Mind you, whoever they are sleeping with was not forced, that person was not raped. If it is a rape, it is a different thing, but this is a matter of bring your body, this is what I want to offer you, you have the right to say I will not do that to get to where I am going, so it is two way thing.
The young acts are desperately taking over the entire shine in the industry, how do you intend to fit in?
Definitely, I cannot compete with the young ones as you grow you have a role in the society. I am Ngozi Nwosu and that is me, I will play my role, nobody will play my role, there are still roles that are meant for people like me. To me, it depends on that person’s acting capability.
There are still roles that if you to the younger ones, they cannot fit in and if same roles are given to the older ones, they will do it well. So, such roles will still come to us. The thing is just for you to be yourself and with God by your side all things is made possible, I cannot play your role and you cannot play mine.

Among all the movies to your credit which one gave you fame?

To the best of my knowledge most of the movies that I have done all gave me fame, I started from the television where I played Madam V Boot and from there I went into the movies and I got a role from the soap, “Ego Men,” in fact, each role I play, they always have a way of tagging me with it. And in soap, I got a role where I played “Peaceful Peace,” so just look at it which one do I say? It has been the grace of God that any role I play people always know me with it.

How did you find your way into the movie industry?

I started from the scratch; I started as a schoolgirl, literary and debating society, the drama club. From there I went to St. Paul Anglican School, Idi Oro, for my primary school, I started my secondary school at Maryland Comprehensive High School ,Ikeja before I relocated to the East Rosary High School where I completed my O’ level. From there, I went to the Royal Theatre Art Club School under the supervision of Rev. Fabian Oko where we were compelled to act plays. I was there for two years; that was where I had my training.

You’ve not been acting lately, what have you been doing instead?

At present, I have not been in the movies, but I have been into so many other things. I have been into online soaps and I just finished a soap titled, “The Lady That Kills a Skimmer.” And I am also working on another one, but that one I am the presenter of the show presently.

What is the online soap all about and your role?
The soap is not yet out, by the time the soap starts rolling out , people should hold on to see what I have done, I played the role of a mother in it.

Some movie stars are into music, do you intend to explore this too?

What a question! Thinking of going into music? As for music, I have done something pertaining to it, but they are not mine. I had featured in some people’s musical videos like Chidinma Ekile’s song. And couple of months ago, I featured in the Fair Prince video which is yet to be out. As for singing I don’t think I still have that voice even though I was a singer before, I think I have lost that interest going into music, I still stick to what I feel, what I think I know how to do best which is my acting career, I am still in it waxing stronger.

Since you have been in the industry, what remarkable impact has acting had on you?

As a person, acting has done a lot for me and the way I am today and what I will be tomorrow, I give thanks to God. Without it, I don’t think I will find the kind of joy that I have now because people used to think that our world is for drop outs, it is a world of never do well, but today I stand here to say that we get a lot of calls from people who say that they want ‘my child to be an actress,’ please can you show me the way?

‘I want my child to be an actor’. So, it is a noble profession, it is a profession for one to be proud of and I am proud of it, even though the money coming from it is not really much, but it is okay to sustain one. It’s for one to stay alive till when God says come home.

It is obvious that acting has both good and bad sides, what has acting and fame cost you?

To your question really, it is true our world has its ups and downs, just like every other business because if you are into any business, it is not every day that you make progress, there are some businesses you go for that you lose, this happens in our world too. It is not different, but I know that, so far, I will say thanks to the Lord.

Though acting is make-believe, some of them are real stories happening in people’s lives. So, it has widened my horizon, but the only bad part I would say fame has cost me is that, you no longer be who you ought to be. I mean that you are not yourself all the time because sometimes you have to mind where you step in, what you do, somebody like me, I like eating roasted plantain, roasted corn and pea along the road , but you have to be conscious of that.

But even at that, I don’t really give a hoot, most of the things we do; we do with caution, because we are supposed to be role models to a lot of people out there. Another part of it is the negative publicity. The negative publicity in our world is becoming very alarming and nauseating and it is not good. It is as if we are the one that sin the most, but for crying out loud, why are they on the artistes’ neck all the time?

Are you speaking from experience?

From the journalists, I have had one thousand and one experiences both good and ugly, because the press will make you and break you, but it should not be like that. I remember when someone in the The Sun wrote that I have leukaemia, where did he get that information, and if at all I had leukaemia is that the way they should talk about it? At least you ought to ask me and find out what was wrong with me if you really think this person is sick. You ought to offer me help, not to tell me something that will make me commit suicide.

There is increasingly bloated fees actors charge that scares producers away to look for cheap labour, what’s your take on this?

With all the efforts one has put into the profession what amount do you think that is too high for an actor to earn? I’m asking. If today you are paid N2 million for a movie, is one not worthy of it? Have you not paid your dues? Have you not worked to earn, so what is too much?