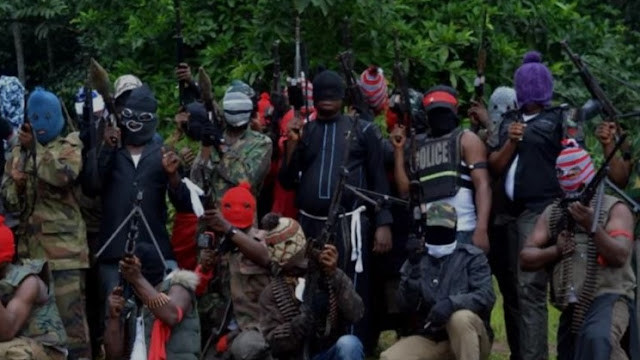 A Niger Delta Militancy group, The Coalition of Niger Delta Agitators (CNDA), on Thursday issued a quit notice to the Hausas and Yorubas living in the region to relocate before October 1st.

The group said major bombing will resume on gas and oil installations in the area by September 10 in preparation for the actualization of the Niger Delta Republic.

Here is the statement the group released yesterday:

“At the general council meeting of the Coalition of Niger Delta Agitators (CNDA) involving surveillance department, intelligence department and commanding officers held today to deliberate on the recent development in the Niger Delta and Pan Niger Delta Forum (PANDEF) meeting with the acting president, after hours of careful deliberations, we unanimously resolved as follows:

“To commence operation zero oil in the Niger Delta from September 10, 2017 as a preparation for the actualization of Niger Delta Republic;

“We totally condemn the recent meeting between PANDEF and the Acting President; we see it as another plot to deceive the Niger Delta people. First and foremost, the meeting was marred with inordinate greed of the PANDEF, as they did not involve the representatives of the agitating groups and youths leaders. We wish to let the acting president to know that those he met have no capacity and cannot solve the current crisis in the Niger Delta; therefore they cannot represent the militants or speak for the Niger Delta people;

“The Coalition unanimously adopts to stand by the previous demands, which are: 100 per cent percent control of our resources.

“The Federal Government should hand over all oil blocs owned by the Northerners/Yoruba to Niger Delta indigenes.

“All oil companies operating in such oil blocs/wells should vacate by October 1st, 2017.”

“All the multinational oil, gas, servicing and marine companies must relocate their operational base to the Niger Delta, sign a new Memorandum of Understanding with Niger Delta people which would include Niger Delta indigenes being paid same salaries with foreigners.

“We demand independence and sovereign Republic of Niger Delta, all the companies and business owned by the Northerners /Yorubas in Niger Delta should be vacated before 1st October 2017, we accept and congratulate the Yorubas for demanding Oduduwa Republic and we wish them success.”

“We shall work to interface with more patriotic and zealous Niger Delta people to work out new collective approach that will ensure total freedom and complete control of our resources by any means necessary.

“We shall from henceforth, fight to liberate ourselves from the shackles of neo-colonialism and rule ourselves under a Niger Delta Republic, with diplomatic and economic relations with the peoples of the South East and Middle Belt.

“Finally, we want to inform the federal government of Nigeria and the general public that we no longer recognize PANDEF under the present leadership as they are working against the interest of the Niger Delta people.”