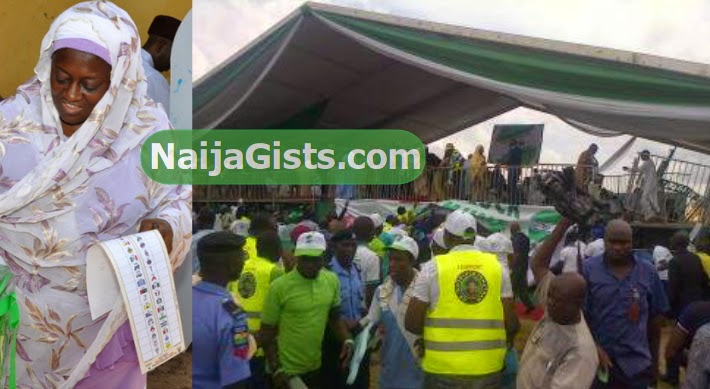 Several politicians who attended the rally for Jonathan 2nd term ambition were seriously injured when a stage accommodating them suddenly crumbed half-way into the political rally.

Among those injured was the wife of Niger State Governor, Jumai Aliyu.

The rally organised by Transformation Ambassadors of Nigeria (TAN) ended when the incident occurred.

They all sustained various degrees of injuries.

They were rushed to a private hospital (Bay clinic) and Minna General Hospital.