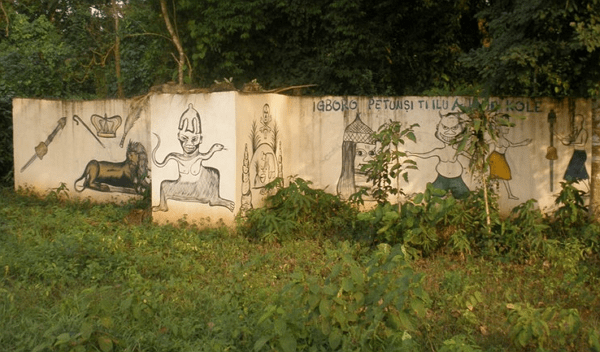 Nigeria Tops List Of Countries With Strong Believe In Evil

Scientists trying to locate the origin of the belief in evil or the devil have linked it to people’s attempt to understand diseases and they have identified Nigeria among the three countries in the world where such belief is strongest.

Bangladesh and the Philippines are the other countries where the belief is strongest. It is weakest in the Czech Republic, Germany and Sweden.

The scientists led by Brock Bastian, an associate professor with the School of Psychological Sciences at the University of Melbourne in Australia, sought out to test the hypothesis that areas of the world where diseases are very common are more often to believe that the diseases and illnesses arising therefrom are caused by some devil or malevolent evil spirits.

While such belief systems were prevalent in Medieval Europe during the Great Plague or the Black death, science had since shown that diseases are caused by microscopic pathogens rather than spirits.

However, the connection between religious convictions about good and evil and the presence of infectious disease lingers today, the researchers discovered. They found that, in geographic regions with high incidences of disease, people also demonstrated stronger convictions about agents of evil, such as demons and witches.

“It opens up new insights into the emergence of religion as a belief system that developed to explain natural threats or events,” Bastian said.

To test that hypothesis, the researchers conducted surveys and consulted archival data to assess levels of belief in evil. They surveyed more than 3,000 university students in 28 countries, investigating whether the participants believed strongly in the evil eye (a person’s ability to cast a curse “through a malevolent glare”), witchcraft, the devil and unspecified evil forces. Archival data from around 58,000 people across 50 countries, collected between 1995 and 1998, addressed the question of the subjects’ belief in the devil. In their evaluations, the scientists noted individuals’ social class, level of education, political orientation and strength of religious practice.

They learned that, in places where infectious diseases were historically widespread, “people were more likely to believe in the devil, the malevolent power of the evil eye and in witches who channel evil,” according to the study, which was published online Oct. 30 in the journal Proceedings of the Royal Society B.

“We uncovered consistent evidence that historical pathogen prevalence is related to an increased tendency to believe that there are forces of evil at work in the world,” the researchers reported.

Once such convictions become embedded in a culture, their influence can linger for generations.

Even today, when scientific explanations for disease are readily available, “such thinking remains evident in many modern societies, wherein health complaints are sometimes attributed to the will of God or the work of the devil and spiritual remedies persist,” the authors wrote.–Livescience.com