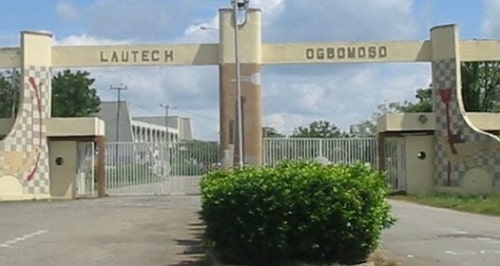 For quite some time, Ladoke Akintola University of Technology (LAUTECH), Ogbomoso, has been in the news for negative reasons. At the centre of this threatening mess, arising from catatonic claims about funding arrangement and obligations of owner states to the 29 year-old institution, are Oyo and Osun States.

With its current fate, it is a foregone conclusion that the vision and the intentions of the founding fathers of LAUTECH as a Technical Knowledge and Innovation-driven State University, may have been wilfully defeated. To say the truth, that the assumed Tech-knowledge University has for some time been bogged down by classic prevarications and mischievous motives are indications that the current partnership between the two states may not be working after all. The scale of this clueless and carefree storm, therefore, calls for timely curtailment before the situation gets out of hand.

On infrastructure location, how come that, “of the eight faculties in LAUTECH”, Oyo covets the biggest chunk of “seven and a half” while “only half is located in” Osun? In this supposed joint ownership, what is the percentage staff ratio of Osun to Oyo in the current arrangement? Does this “obvious lopsidedness” extend its fangs to student intake? In terms of the products from the university, how many among them are gainfully employed, as such, contributing their quota to the society, especially, in terms of the demand for skills and technological know-how, which the school is meant to impact on the students being churned out every year?

From the look of things, is the school not only turning out graduates who are merely populating the labour market? If this holds, then, what is the benefit of having LAUTECH, if, at the end of the day, there’s neither the acquisition of integrative technical skills capable of launching Nigeria into the high-power industrialised economy nor graduates from the citadel of learning who can stand on their own and generate mass employments, through specialized entrepreneurial skills? How true is the reported case of violent attacks on some officials of Osun State extraction in the university by some “unknown persons”? By the way, what does Oyo State want: “fraudulent takeover of what jointly belongs to the two states”? What exactly?

After listening to the voices from Osun, a time like this presents Oyo State Government with a rare opportunity to state its side of the story. So, let the Seyi Makinde-led government also lay bare its facts before Nigerians, instead of portraying the State of Osun as “one that is not alive to its responsibility.” After all, the man who fired the first salvo must be prepared to support his claims with fool-proof references.

Another thorny-but-instructive issue is the geographical location of the university, being in Oyo State. The decision to site the institution in Ogbomoso was purely based on political consideration and the Principle of Accommodation; a compensation for Ladoke Akintola, one-time Premier of the now-rested Western Nigeria. Without doubt, the university’s physical structures could have been sited in the city of Ibadan, or Ijebu-Jesa; and the benefits inherent in doing so would have been enormous.

Matter-of-factly speaking, the current trend of buck-passing, responsibility-shifting, blackmail and subterfuge will always make the envisioned specialized education to suffer, especially, when excuses are unfurled to obfuscate the issues and sentiments are used as a springboard to dilute collaborative facts. Basically, it amounts to an act of infantile radicalism for mature minds to wash their dirty linen in public. The more reason Osun’s show of maturity on the LAUTECH imbroglio amidst hypocritical insinuations from the other side is no doubt commendable. In any case, a dangerous game ignited by political interests may not be ruled out in the case on hand. It may also be an attempt by some hidden hands, trying to cause confusion, and delegitimize either of the owner governments for cheap political gains.

In a judgement, dated March 26, 2012, and delivered by Dahiru Musdapher, JSC, the Supreme Court upheld the joint ownership of LAUTECH by Oyo and Osun States. Musdapher ruled that neither of the parties should “unilaterally take any decision on the appointment or otherwise of the Principal Officers, personnel, finances, fixed and floating assets of the University of Technology, without the agreement, concurrence and express permission of the Governor of Osun State.” This brings to the fore the important issue of Public Administration and Cost-Effective Analysis of Project Implementation. That Osun will use its meagre resources to finance Oyo’s ‘bukata’, which, of course, includes the illegality called LAUTECH Teaching Hospital (LTH) in Ogbomoso – if the other side is disloyal to expected obligations – doesn’t speak to any sensible narrative. So, if the parties cannot go into the laboratory and juggle options on ways forward for the university, why not scrap it? Alternatively, can’t Osun opt out, collect its shares in strict compliance with the Ladoke Akintola University of Technology Law, 1990 (as amended), cash it out and divert same to meaningful projects in Osun? For instance, UNIOSUN is there, yearning for funding. Osun also has two State Polytechnics, both in varying degrees of underfunding. With relevant legislations, either of these Polytechnics can be elevated into a university.

We simply can’t continue like this! Something’s gotta give!

May the Lamb of God, who takes away the sin of the world, grant us peace in Nigeria!

One thought on “Oyo, Osun And LAUTECH: Counting The Cost”