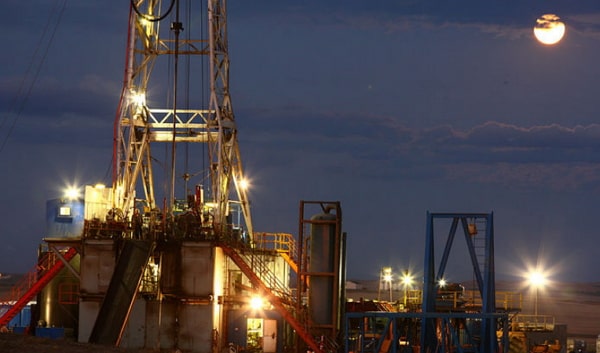 With the rest of the world beginning to turn its back on petroleum products in favour of sustainable renewable energy sources the demand for oil in the coming years will drop: the current price of crude oil stands at about $60 per barrel and analyst are predicting this will drop to about $15 per barrel in less than 20 years.

I don’t want to sound like a doom-monger but countries like Nigeria who depend on oil for 95% of their income will be in big trouble. Already the country can’t sustain itself on what it earns: external borrowing has gone up; capital projects have been abandoned for lack of funds; unemployment is sky rocketing and wide-spread corruption is still left to go unchecked.

If the country is on its knees now what will happen when the price of oil drops even further?

Any country in the world needs money to survive and plans rigorously for the future: wise countries like Saudi Arabia have, over the years, invested the surplus from their oil sales in non-oil ventures that will bring in a steady income for years to come. In Nigeria the surplus from oil sales has either been squandered or looted.

Nigeria would like to believe its secondary income will come from agriculture but in the absence of any large scale agricultural projects this is just a pipe dream that will never materialize. To make the country an agricultural giant like it was in the 50s and 60s will require a lot of investment and commitment. The wise thing to do would be to invite in foreign investors, but who would want to invest in a country that is plagued with instability, rampant for kidnappings and murders and corruption?

Nigeria might have one of the fastest growing GDPs in Africa but this is tagged to its income from oil production. Take away the oil and you’ll have one of the fastest shrinking economies in the world. The top policy makers would like to believe that the agricultural, mining and IT sectors are fast catching up and will eventually replace oil as Nigeria’s major earner. This is not so: there are no large viable agricultural projects; main mining projects have either been mothballed or are non-existent and the slowly booming IT sector is only surviving due to cash injections from foreign investors.

In his article ‘Is Nigeria the Next Haiti?’ Professor Pat Utomi points out that “…can we save our country from being like Haiti, the economy that did not change, and literally died ?..”. For those who don’t know Haiti is one of the poorest countries in the world.

The sad thing is that our politicians and policy makers are still living in denial: the Oil Age is over! The days of earning mega-bucks from barrels of oil is over. In the not too distant future we’ll be literally begging people to buy our oil for whatever price they’ll pay.

Conservationists have got the World’s attention on the ecological damage our dependence on oil is causing the Earth. As a result a lot of countries have strict anti-pollution policies in place which means people are buying more electric vehicles than petrol driven ones; most countries’ electric grids are powered by more cleaner green fuels such as wind, solar and sea waves. Even big multi-national oil companies like BP are investing heavily in research into the usage of more greener fuels. Man’s reliance on oil is coming to an end and countries depending on it as a sole income will need to look elsewhere – and fast!

Nigeria faces the same fate as Haiti unless change from dependence on oil as a major earner is implemented quickly. There are lots of countries in the world who have no oil and have managed to sustain themselves and prosper: South Korea has no oil and neither does Israel but they’ve become world leaders in specific non-oil industries. Closer to home African nations that have no oil are generating income for themselves by investing in agriculture, mining and tourism for example. The question is if we can’t run the country now, properly, with all the billions of dollars flowing in from oil sales how will the country be run when the demand plummets?

Let’s hope Nigeria doesn’t become another Haiti a country that died because it refused to change with a changing world. The writing is on the wall.

Only You Can Prepare Yourself For Success
The Burden Of Power, An Article By Tony Ogunlowo