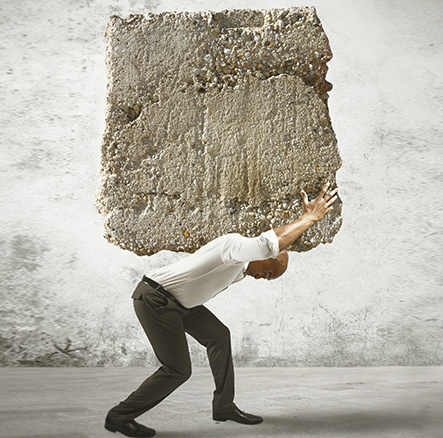 The Burden Of Power, An Article By Tony Ogunlowo

I’ll introduce this article by saying “with great power comes great responsibility!” (- a line I pinched from the ‘Spiderman’ movie!).
Man has always craved power whether it be political, spiritual or financial power: it becomes the aegis necessary to stand out from the crowd. Some people have it while others clamour for it.

There are people who abuse power and those who use their power for the greater glory of mankind and God.

So what is power?.
The Oxford dictionary describes ‘power’ as being ‘the ability or capacity to do something or act in a particular way’ or ‘to be able to control, assert authority over and influence others’.
The sad thing is a lot of people abuse their power.

We all want ‘power’ : a politician wants to have ‘power’ over people so he can remain in office for as long as possible; others want financial ‘power’ so they can subjugate everybody around them and others want spiritual ‘power’ so they can be feared.
Abraham Lincoln once said that ‘nearly all men can stand adversity, but if you want to test a man’s character, give him power’.

Give a man ‘power’ and most will transform almost instantly, from simpletons to megalomaniacs! The power controlling them, going to his or her head. We’ve seen leaders becoming dictators because they can’t control their power; we’ve seen people who suddenly become rich declaring themselves as ‘gods’, better than everybody else and people who have come across questionable spiritual power dare anybody who is stupid enough to cross their path. This is what ‘power’ can do in the wrong hands: it can transform an individual into an un-imaginable monster. So if you want to know who anybody really is give them some form of ‘power’.

I like to liken any form of ‘power’ to having a nuclear bomb: as of July 2019 only 9 countries in the world have nuclear weapons and only one country, the United States of America, has ever used it in anger, in 1945, against Japan. Every year it costs billions and billions of dollars to maintain and keep these weapons of mass destruction that will never be used. If they dare use them it’ll mean the end of mankind as we know it; it’ll be MAD – Mutual Assured destruction! So they refrain from using them and keep them as a deterrent, for show.

Can you imagine if Nigeria, Iran or Iraq had nuclear weapons? They would have used them somewhere along the line creating mayhem and chaos.

The mere fact that you have a nuclear bomb or ‘power’ doesn’t mean it can be used with impunity. The point I’m trying to illustrate here is that simply because you have ‘power’ doesn’t make you a ‘God’, doesn’t mean you have the right to abuse it: Jesus Christ had the power to raise the dead and walk on water, but he never abused his power; he only used it as a last resort.
Nowadays people can’t wait to have ‘power’ so they can abuse it: they want to subjugate people because they’re richer than them, more privileged than them or are more spiritually powerful then them.

When you are given a certain ‘power’ by God it wasn’t given so you can lord it over everybody but so that you can use it wisely to help others.
To quote Mahatma Gandhi “the day the Power of Love overrules the Love of Power, the world will know peace”. If everybody who has any form of power whether it be political, financial or spiritual and can channel it for the betterment of mankind our world will become a better place to live in.

There have been times in my life when I’ve had the ‘power’ to deal with certain things ( – as most of us have) but I’ve been bound by the moral code of conduct that says ‘because you’ve got the power doesn’t mean you can use it indiscriminately’ . Just like having a nuclear bomb and you can’t use it because of your moral code ‘ with great power comes great responsibility’. So you are left with a big dilemma – should I or should I not? This is where the Burden of Power comes in : you are tempted to use your power to do something but you can’t: if you do you upset the natural balance of things.

So what do you do? So you’ve this power and how do you use it properly without succumbing to the temptation of abusing it?

It’s simple. Any form of power that elevates a person beyond others must be used for good; a politician should use his political power for the betterment of the people who elected them into office, a rich man should try and use his wealth to empower less fortunate ones instead of wasting it on frivolous things and those who have spiritual power should use it to cleanse society of evil.

To re-quote Gandhi ‘the day the Power of Love overrules the love of power our world will become a better place to live in’. There will be no more wars, poverty, people won’t be enriching themselves illegally or subjugating others and the burden of having power will be lifted, it will now become a medium to help others.

Nigeria After The Oil Age: Why Dependence On Oil As Major Earner May Turn Nigeria Into Another Haiti
How Do You Stop Corrupt Nigerian Politicians?